1 Smartphone Could Replace a Pile of Plastic

Several mobile carriers, including AT&T, Verizon and T-Mobile, are working on a project that would allow consumers to use their smartphones to make purchases, thus displacing debt and credit cards. The project, reported by the Bloomberg news service, appears ready to roll out with a test scheduled for Atlanta and three other U.S. cities. Discover Financial Services and Barclays are said to be working on the trial project.

The service would use contactless technology, with the payments processed through Discover’s payment network, according to Bloomberg, which based its report on unnamed sources familiar with the agreement.

At face value, the project would appear to be a winner for the carriers, which already have experience facilitating electronic payments. There’s a trend toward consumer adoption of smartphones, as their price points get lower and lower. Already, many people consider their smartphone as essential as keys or a wallet.

Still, contactless payment technology has not taken off in the U.S., Ted Bissell, a managing consultant with PA Consulting Group, told the E-Commerce Times.

In Japan, more than 60 percent of mobile phones have contactless capability, he said, and in South Korea, the technology has already reached the mass market.

In the U.S., however, some fundamental issues have yet to be settled by the players.

“In the U.S., mobile network operators and financial institutions have not yet resolved questions of customer ownership, credit risk, supply of mobile e-wallets and compliance with banking regulations,” Bissell explained.

There are other issues poised to throw up roadblocks.

There is the matter of security — an issue, no doubt, the carriers and financial players in the project will emphasize as they implement the project. Still, the thought of smartphones connected to payment systems sends shudders down Dror Shalev’s spine.

For starters, consumers are not schooled in thinking about security when it comes to their smartphones, Shalev, the CTO of DroidSecurity, told the E-Commerce Times.

Smartphone users will be prime targets for social engineering tactics, he remarked, noting that already, there have been phishing attempts via text messages sent to smartphones instructing users to send their bank information back.

At the same time, if this technology takes off, hackers will rush to crack it, predicted Shaley. “Mobile devices are still a new game for the bad guys — but only because they haven’t had much motivation to really focus on them.”

This new technology turns what was once a device for making calls into a walking piece of hardware that is always on, he said, equipped with GPS and identifying information and payment data. “They won’t be able to resist targeting it.”

Another factor that will either make or break the widespread adoption of this project is its affordability, said Azita Arvani of the Arvani Group.

The required Near Field Communication (NFC) chip costs between US$10 and $15, she noted. “So, that will be an additional cost that will have to be added to the mobile phone cost. Or, the consumers get an additional sticker that they have to put on their phone,” she told the E-Commerce Times.

Then the merchants will have to buy a new NFC reader that will cost around $200, she continued. “With most merchants being hit with the recession and low consumer spending, it might be hard for them to deal with the additional investment in the technology.”

There is also the matter of liability, she said. Will consumers be on the hook when lost or stolen phones are used to make unapproved purchases? They have protection with credit cards and, to a certain extent, debit cards.

Partnering with Discover may take care of the liability issues, Arvani speculated.

Perhaps the biggest risk to this project is the track record carriers have of working together on mobile payments, which, Arvani pointed out, is not very good.

“The success of this project depends on how committed each of the founding parties are, and making sure they can manage their greed and spread the wealth across all parties involved,” she commented. “The merchants are definitely fed up with credit card transaction fees, so this can be a breath of fresh air for them.”

One thing that will be interesting to watch as this partnership unfolds, said Bissell, is how the mobile operators and financial institutions decide to divide up the revenues accruing around mobile payments. 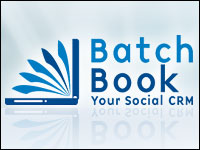