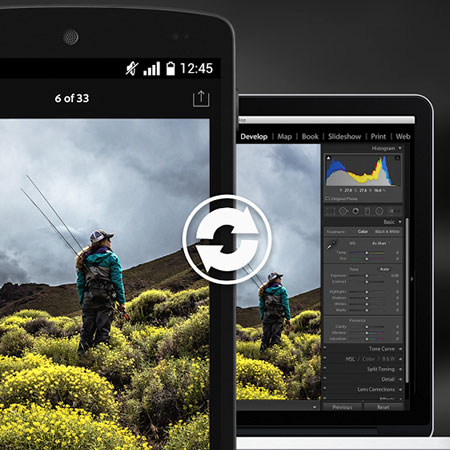 Adobe has plugged a big hole in its mobile line with Lightroom for Android. Covering both iOS and Android leaves little mobile turf unclaimed. "In reality, they are the only two necessary mobile platforms for any one app vendor to support. Windows and the rest are good to have, but most app developers choose iOS first and then add Android later," said Gartner analyst Brian Blau.

Adobe last week released an Android mobile app as a companion to its Lightroom desktop application and cloud service.

Lightroom is a photo processor and image organizer developed by Adobe Systems for Windows and OS X. It is not available for the Linux desktop.

Adobe released a mobile app for iOS last year. The new app will include all of the functionality of the iOS mobile app — but refined to take advantage of the Android platform, according to Shared Mangalick, senior product manager for photography at Adobe.

Lightroom’s desktop and mobile apps do not yet support video.

Android is a likely choice for Adobe to expand the user base on mobile platforms, noted Tuong Huy Nguyen, principal research analyst for Gartner.

“iOS and Android are THE big platforms to support on mobile. If you look at tablet-type devices, between iOS and Android, it is over 82 percent of the market. Android is nearly 58 percent. For smartphones, it is 95 percent, and Android is 81 percent,” he told LinuxInsider.

With the release of the Android mobile app, Adobe accommodates the lion’s share of the mobile marketplace. Covering both iOS and Android leaves little mobile turf unclaimed.

“In reality, they are the only two necessary mobile platforms for any one app vendor to support. Windows and the rest are good to have, but most app developers choose iOS first and then add Android later,” said Brian Blau, technology and business analyst at Gartner.

Though Lightroom is still in its early infancy, it has demonstrated significant technical success and accomplishments, Mangalick said.

Its features include the ability to take photos with an Android phone and import them into Lightroom Mobile. Users can apply a preset for image editing and display.

The Android version of Lightroom can import photos from supported DSR cameras into Lightroom desktop. Users can edit, organize, and share images directly from Lightroom Mobile. The Adobe Lightroom site provides users with a way to store and share their photo gallery without using social media. It can send a link to view the collection.

Lightroom Mobile uses a Smart Preview concept that condenses 25-30 MB raw files so they can be synced in relatively small file sizes of 1.7-2 MB each over the cloud, Mangalick said. These smaller files allow the same degree of full editing as is available in the raw file.

“This is not just a way to get photos from place to place. It lets you maintain your workflow on the mobile device. It can be a tremendous time saver and productivity tool for making edits on the go,” he said.

The mobile app runs on devices powered by a quad-core CPU with 1.7 GHz ARMv7, with at least 1 GB of RAM and 8 GB of internal storage. It needs Android 4.1 or greater (Jelly Bean, KitKat or Lollipop).

Adobe has focused mainly on OS X/iOS and the Windows desktop.

Adobe’s decision to after Android came as a surprise to Gartner’s Blau.

“I think this product is a better fit for tablets than phones,” he said, “and Android tablets are becoming more powerful and useful.”

Take the Nvidia Shield, for example, suggested Blau. While focused on gamers, it has a great GPU that could accelerate an app like Lightroom and make it that much more functional.

Despite Apple’s Aperture Fumble, the Photos for OS X End Goal Could Win It All 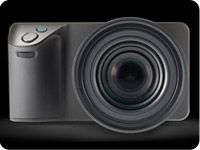