At 40, Cellphones Are Sexier but Still Lousy Conversationalists 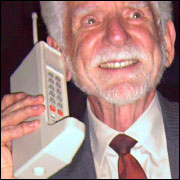 Forty years after Motorola Communications’ Martin Cooper placed the world’s first call over a cellphone in 1973, the audio quality on mobile devices probably isn’t much better than that initial call. 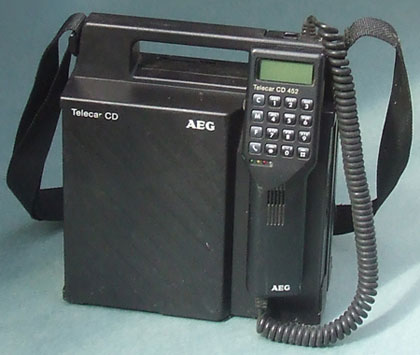 Although cellphones have evolved from the first brick-sized contraptions that weighed a couple of pounds and only offered voice calls, to svelte devices with Web search and video capabilities, users continue to suffer from spotty reception and dropped calls.

The mobile phone “has actually turned into a mobile digital computer that lives on data, not voice,” Carl Howe, a vice president at the Yankee Group, pointed out. Today’s mobile phone “has the computing power of a 1990s supercomputer.”

A Brief History of the Cellphone

It took Motorola 10 years from the time Cooper placed his historic phone call to put its first DynaTAC 8000X mobile phones on the market in 1983. These cost about $4,000.

In 1989, Motorola came out with the smaller, lighter MicroTAC, which was the first flip phone. That was followed by the 3.1-ounce StarTAC in 1996, the first cellphone with the clamshell design.

In 2002, Research in Motion and Sanyo changed the cellphone world. RIM introduced its BlackBerry 5810, which introduced mobile email and text messaging capabilities. Sanyo brought out the first cellphone with a built-in camera, the SCP-5300, which was released in the U.S. by Sprint.

Then came the iPhone in 2007, adding various built-in sensors and a large touchscreen to the mix. It was the first cellphone to have its own operating system, iOS, which offered multitasking and graphics. 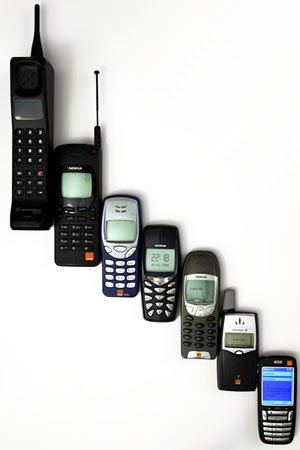 The Evolution of Cellphones

That same year, Google released the Android Linux-based mobile operating system through the Open Handset Alliance consortium, which the search giant founded. The first Android smartphone to hit the market was the HTC Dream, which debuted in 2008.

Given that smartphones incorporate radio processors, still and video cameras, voice chips, GPS capabilities, accelerometers and other sensors, why do many still offer such poor call quality?

Call quality is a function of four things – the quality of the phone microphone, the quality of the phone radio, the adequacy of the local network, and quality over the backbone, said Rob Enderle, principal analyst for the Enderle Group. “If only one or two parts of this are improved, the call quality will still be degraded by the parts that aren’t, suggesting we will likely need a major ecosystem change or technology breakthrough before quality improves significantly.”

Three other factors impact voice quality over cellphones, he told TechNewsWorld. Phone sales have increased faster than carriers can build out their networks, which are oversaturated; cell towers are not allowed in many places; and cell signals are rarely rebroadcast in buildings, which makes reception less than reliable.

It’s not likely that voice quality over cellphones will improve soon because “we’ve stagnated of late on radio technology, and we likely need to break the stagnation for a major breakthrough to really get ahead of this problem,” Enderle said. 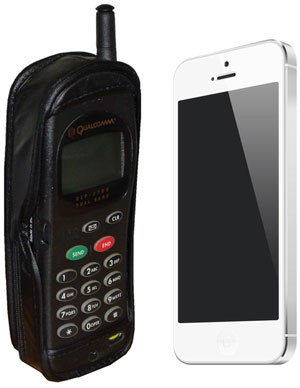 Cellphones – From Bulky to Sleek

On the other hand, Howe told TechNewsWorld that high-quality voice needs a high-bandwidth connection. “As a result, it’s no surprise that we’re just starting to see HD Voice arrive with the deployment of high-speed 4G LTE networks.”

The relatively short battery life of cellphones “is mostly a factor of smartphones increasing in processing power faster than batteries can increase their power density,” Michael Morgan, a senior analyst at ABI Research, told TechNewsWorld. Work is underway on new battery designs, he added.

Smartphones are getting more features, larger screens, and more central processing units. However, “We need to draw the line between noveltyware and really good groundbreaking stuff,” Llamas said. “A lot of improvements we see are just incremental and will only cater to a certain sector of the market.”