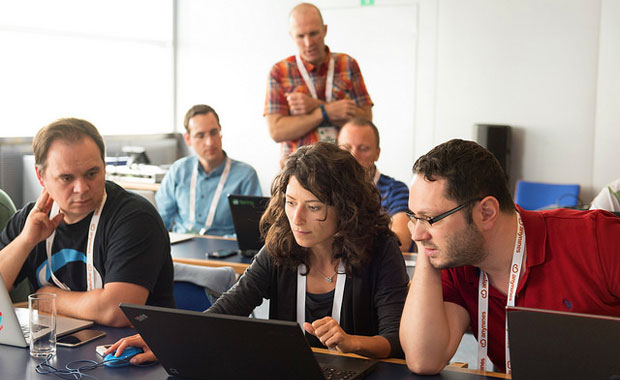 The Cloud Foundry Foundation on Wednesday announced the launch of a worldwide cloud-native developer certification initiative.

The foundation created the cloud developer certification program to fill the widening gap of trained programmers for cloud apps and services. The Linux Foundation — which has trained and certified more developers on open source software than any organization in the world — will provide the instruction.

More than a dozen leading technology, education and systems integration organizations around the world will participate in the cloud certification program. Companies involved in the initial training and certification rollout include Engineer Better, IBM, Pivotal, Resilient Scale, SAP, Stark and Wayne, and Swisscom.

The Cloud Foundry Foundation will announce the general availability of the program at its Cloud Foundry Summit Silicon Valley in June.

Businesses around the world need more skilled developers to fill a growing list of unfilled jobs, according to Cloud Foundry. The skills gap is evidenced by a quarter-million job openings for software developers in the U.S. alone. Some half-million unfilled jobs require tech skills, and that number is forecast to grow to 1 million within the next decade.

“That continuing growth surge led to a growing shortage of developers with hands-on cloud expertise,” he told LinuxInsider.

The continuing skills shortage for cloud devs strongly overlaps the need for Linux developers, Childers said. The shortage in workers with both Linux and cloud training leaves organizations with three choices — or a mix of three choices — to address this shortfall:

“As more and more organizations see digital transformation as a core business requirement, we expect to see a huge increase in hiring and training of people in-house on Cloud Foundry,” Childers said.

Cloud Foundry decided to partner with The Linux Foundation because of LF’s track record for advancing Linux and cloud skills training.

“The Linux Foundation trained over 800,000 people in 212 countries on Linux and OpenStack cloud skills,” Childers pointed out.

Certification is the best way to verify that job candidates have practical experience with Cloud Foundry, across any distribution, including 2017 Certified Platforms. These include Huawei FusionStage, IBM Bluemix Cloud Foundry, Pivotal Cloud Foundry, SAP Cloud Platform and Swisscom Application Cloud.

The training material also can be licensed, allowing Cloud Foundry Foundation members to offer the content through their own customer training channels.

The program suite includes the following:

The certification exam addresses these skills:

How to Get There

The Linux Foundation will offer the online eLearning infrastructure for the Cloud Foundry Developer Certification initiative.

Developers can register for the free introductory course on edx.org in early May. The self-paced eLearning course, “Cloud Foundry for Developers,” will be available to the general public on June 13 for US$500. A combined course offering bundled with certification costs $750.

The Certification exam takes up to four hours to complete and is available online for $300. The exam also will be available in person at the Cloud Foundry Summit Silicon Valley on June 13-15, said Childers.

Discounts are available for bundled and bulk pricing purchases.

“You can expect the course to take 40 to 50 hours to complete. The course is self-paced, so you can move as quickly or as slowly as you like,” Childers said.

The Linux Academy offers a related training program for Linux and cloud skills. This training is not affiliated with the Cloud Foundry and Linux Foundation partnership.

“IT professionals and individuals can learn and assess their skills with real-time, hands-on labs as they move through assessments in order to receive a micro certification that corresponds to a job requirement, a position opening, or to expand their skills,” she told LinuxInsider.

Cloud Assessments works by using real servers in live environments to test and verify a person’s working knowledge of a particular skill. This training approach goes beyond providing just questions and answers.

Future features in the platform will enable enterprises to assign assessments to users. In addition to expediting the hiring process, companies can use Cloud Assessments to help a new hire get up to speed on its technology stack much more quickly, she said.

Skills for developers working in the cloud-native world differ greatly from those required in legacy environments, according to Ben Bernstein, CEO of Twistlock. The common programming languages have shifted, and developers today are responsible for the full stack, not just the application layer.

“This means that a developer looking to come up to speed with today’s technologies needs to learn new languages and technologies — but also a set of skills traditionally associated with IT or operations teams,” Bernstein told LinuxInsider.

Developers now are focused on the full stack, but they need not only the skills traditionally associated with programmers but also the skills of a Linux admin, he pointed out.

The modern “full-stack” developer today must handle hundreds of technologies. Cloud is just one little piece, noted Jeff Williams, CTO of Contrast Security. Most organizations can not afford to pay developers to go to training.

“Even a few days of training a year is extremely expensive to most development organizations. Given all the topics to be expert in, they have to pick and choose very carefully,” Williams told LinuxInsider. “The most successful technologies are those that can be used by novice developers without a lot of training.”

All the layers in the modern stack are leaky abstractions, so sooner or later, every developer will run up against a problem that requires understanding something about what is beneath their code, Williams said. “That is when this skills gap really costs an organization.”