Computer programmer and author John Graham-Cumming is trying to raise at least Pounds 500,000 (US$800,000) to build a working version of Charles Babbage’s Analytical Engine. 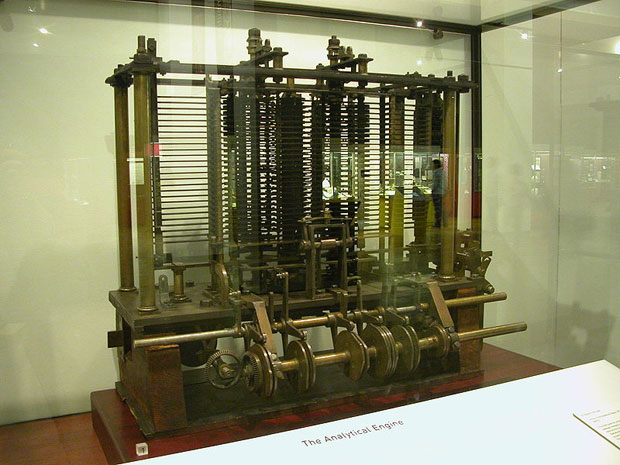 Trial model of a part of the Analytical Engine, built by Babbage, as displayed at the Science Museum (London).

He is seeking donations of as little as $10 from about 50,000 people worldwide for the project.

The Analytical Engine, first described by English mathematician Charles Babbage in 1837, was never completed because it was so complex and expensive.

In 1837, Babbage published a paper describing a mechanical computer. That device is now known as the Analytical Engine. It was to be made of brass and iron.

Data was entered into the machine using punched cards, very much like the early numerically controlled machines of the 1940s and 1950s. There were three different types of punch cards, one for arithmetical operations, one for numerical constants, and one for load and store operations.

For output, the Analytical Engine would have a printer, a curve plotter and a bell. It would also be able to punch numbers onto cards that would be used for input later. It used base 10 fixed-point arithmetic, unlike the base 2 used in modern computers.

The Analytical Engine would have a memory that could hold 100 numbers with 40 decimal digits each, the equivalent of 1.7 KB. An arithmetical unit known as the “mill” would perform all four arithmetic operations — addition, subtraction, multiplication and division — as well as comparisons and, optionally, square roots.

The mill would have its own microcode consisting of pegs inserted into rotating drums called “barrels.” Think of this as the mechanical equivalent of Braille, where the depth to which the pegs are sunk, and the pattern they create, can be read.

The programming language to be used was similar to modern-day assembly languages. The Analytical Engine’s language allowed loops and conditional branching.

Babbage worked on several versions of the Analytical Engine in a bid to simplify it. He built parts of the creation, which are now in the Science Museum in London. After his death, attempts to get government funding to build the engine were quashed.

Perhaps that view has merit.

“I view this project as technology archeology — you’re looking at the past to understand the present,” Carl Howe, director of anywhere consumer research at the Yankee Group, told TechNewsWorld.

“I think it’s interesting as a scientific experiment.”