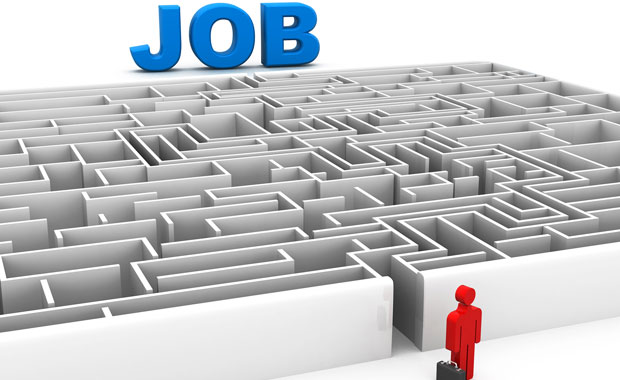 The initiative will allow Google users to search for jobs either on mobile devices or personal computers, and to use a set of filters to obtain highly targeted results pulled from many different sites across the Web.

During his keynote presentation last month, Google CEO Sundar Pichai noted that the company has wanted to use its machine learning capabilities to find ways to make an immediate impact on people’s lives.

Google has invested a great deal of time, effort and resources to enhance its machine learning for job search capabilities over the past year, Pichai noted, pointing to last year’s introduction of a Google Jobs API, a vertical machine learning model.

The Google Jobs API utilizes two proprietary ontologies to deliver results that match both employers’ and job seekers’ needs. The occupational ontology, based on the O*Net Standard Occupational Classification, includes 30 broad job categories on top, followed by 1,100 occupational families, and then 250,000 specific occupations.

The Google search technology allows users to filter job searches by various criteria — for example, commuting distance or specific methods of transportation — such as bus, rail or car. It can filter by seniority, benefits, employment type or other information.

Eighteen percent of applicants at Johnson & Johnson were more likely to apply for work once the technology was added to the mix, Pichai said. The technology was able to search for jobs across all levels of experience and wage levels, including jobs that are particularly hard to search for, such as retail and hospitality jobs. 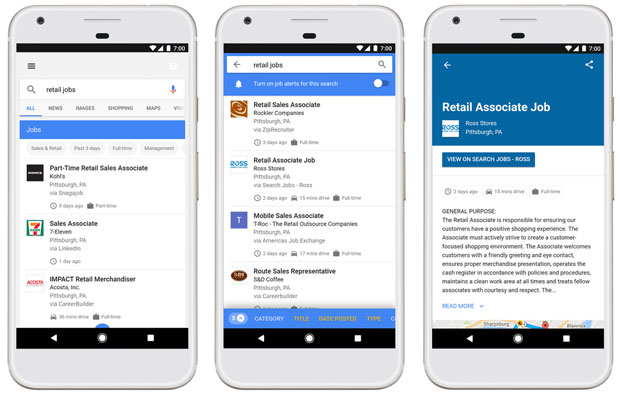 “The Google Jobs API on the J&J careers site enables candidates to find open positions across the company in a much more intuitive and relevant way,” said Sjoerd Gehring, global vp of talent acquisition at Johnson & Johnson.

“Based on completely different search technology and a different taxonomy, the Google Jobs API is able to serve up more relevant jobs which the candidate might have missed out on otherwise,” he told TechNewsWorld. “Ultimately, this partnership brings more relevant jobs to candidates, creating more economic opportunity.”

Google is working with a number of different organizations — among them LinkedIn, Monster, WayUp, DirectEmployers, CareerBuilder, Glassdoor and Facebook — to bring users the most comprehensive job listings possible, said Nick Zakrasek, a product manager at Google.

Google is publishing open documentation for all job providers — including third-party platforms and direct employers, whether large or small — so that their job openings are more discoverable, he added.

However, “our experience shows clearly that search is useful only if it has all the jobs,” said Paul D’Arcy, senior vice president at Indeed.

“For this reason, Indeed focuses on comprehensiveness, working relentlessly to get every job on Indeed, including jobs from 3 million employers that post directly to Indeed. Most of these jobs are not available on any other job site,” he told TechNewsWorld.

“Job search is one of the most important searches in one’s life,” he continued. “We’ve always assumed the largest companies in the world would enter the jobs space. Indeed’s strategy remains the same: We continue to focus on relentlessly innovating to help people get jobs. This is our sole mission, and we have nearly 5,000 employees dedicated to building the technologies and services that provide job seekers the best chance to get hired.”

Google had no information to share regarding how its service compares to Indeed, said spokesperson Susan Cadrecha.

However, “to ensure even more jobs are listed over time, we’re publishing open documentation for all jobs providers, from third-party platforms or direct employers, big or small, detailing how to make their job openings discoverable in this new feature,” she told TechNewsWorld.

Facebook earlier this year launched its own job search capabilities, but that effort is not likely to have much of an impact, Frost’s Jude told TechNewsWorld, due to the stigma many employers associate with using social media sites for job searching.

Facebook’s partnership with Google may have brighter prospects, however.

“We launched the ability to apply to jobs on Facebook to make it faster and easier to find the right job,” said Gaurav Dosi, product manager at Facebook.

“We’ve been thrilled to hear from people and business owners alike that Facebook has helped take the work out of their search,” he told TechNewsworld, and “we think this partnership with Google will make everyone’s search that much easier.”

It will function as a driver of additional revenue by making Google act as a recruiter for talent, while diversifying the stream from Adwords-based advertising, he told TechNewsWorld. It also will serve as a testing ground for Google’s AI capabilities.

“By implementing AI into the process, I perceive it is a way for Google to familiarize users with what will be a core technology for the company,” Fuller said.”You have to wonder what took Google so long to do this,” remarked Jim McGregor, principal analyst at Tirias Research.

“Google is definitely behind the curve on searching for jobs, but with the largest search engine in the world, it makes perfect sense that using Google would be more natural for people because we ‘google’ for everything,” he told TechNewsWorld.

It’s possible Google may have another motive — gathering additional information to find talent for its own company, McGregor suggested.

“With the high competition for critical high-tech talent,” he said, “this may give Google a leg up on the job pool.”