In a move sure to make the grade with cyclists across the United States, Google on Wednesday added bicycle routes to its Google Maps service.

Biking directions and extensive bike trail data are now available for the United States through Google Maps, giving cyclists nationwide a way to customize their trips, figure out the most efficient routes, make use of bike lanes and avoid big hills.

“When I need to get off the trail to cross town, biking directions makes sure to keep me on bike-friendly roads and avoid some of the city’s busiest intersections,” Google product manager Shannon Guymon explained in a blog post early Wednesday morning. “The time estimate for the route is based on a complex set of variables accounting for the type of road, terrain and turns over the course of my ride.”

More than 12,000 miles of trails are now included in biking directions and outlined directly on maps through the service thanks to a partnership with the Rails-to-Trails Conservancy, Guymon added. Also included are data on bike lanes and recommended streets for 150 cities across the country.

The algorithm is weighted to strongly prefer routing on bike trails rather than roads open to automobile traffic, for instance, so directions will “try to put you onto a trail as long as it won’t take you totally out of your way,” Leen wrote.

Such trails are indicated in dark green in the tool’s bicycling layer. Streets with dedicated bicycle lanes, meanwhile, are marked in bright green, while recommended routes are shown with dashed green lines.

The new bicycle tool has been one of the most requested features for Google Maps, Guymon said.

Not surprisingly, bicyclists were wildly enthusiastic.

“I see very little downside to this,” Justyna Frank, a blogger at the Chicago Bike Blog and cofounder of the Rapid Transit Cycleshop, told TechNewsWorld. “So far, there has been no comprehensive effort to gather bike routes in one place, and I think this sounds like a very good beginning.”

It’s easy enough to cycle a regular route, Frank noted, “but if you need to travel to a new part of town, or a whole new town, or if you are a new cyclist, it would be extremely helpful to have access to dependable information about routes.

“Just try to imagine what it would be like to try to get around by car without information about rest areas and exits on the interstate, or by public transit without knowing the route and the stops,” she added.

‘Reaffirms the Legitimacy of Cycling’

Indeed, “not having a bike option on Google Maps is like The Gap not selling pants,” New York blogger BikeSnobNYC opined.

The addition is a good thing for cyclists not only from a practical standpoint, but also because it “reaffirms the legitimacy of cycling as a form of transportation,” BikeSnobNYC told TechNewsWorld. “It should certainly stand alongside driving, walking and public transit on such a widely used platform.”

In a city like New York, “the best way to ride somewhere is often quite different from the best way to drive or walk somewhere, so it’s good to see they’re taking this into account,” BikeSnobNYC concluded. “Overall it seems like a very good thing.”

Similarly, “I applaud Google for adding their ‘Bike There’ feature to the already available walking and transit alternative transport trip planner,” Elliott McFadden, editor of Austin On Two Wheels, told TechNewsWorld. “I think this is a potentially great tool for the growing number of Austinites who are choosing to live their life on two wheels.”

A few bugs have shown up in the tool, such as the omission of a local bridge, McFadden noted.

However, “I also appreciate they are soliciting feedback to improve the system,” he added. “I’m not sure this will ever replace the on-the-ground suggestions of local cyclists, but it is a great start at encouraging more people to choose cycling to get where they need to go.”

From Google’s standpoint, probably half of the motivation behind the new tool is “just that it’s a cool product,” Greg Sterling, principal with Sterling Market Intelligence, told TechNewsWorld. “It’s responding to users, and it’s something that enhances the product.”

Google Maps has been one of Google’s most successful products, he noted.

“The other side of it is that it keeps them one step ahead of their competitors,” Sterling added.

Microsoft, for example, has been “pouring a lot of effort and money into its mapping product” of late, said Sterling.

“I don’t think [Google] did this with the expectation of locking in users,” he concluded, “but there is the secondary benefit that as long as they continue to enhance Google Maps, people won’t have a reason to go to other services.” 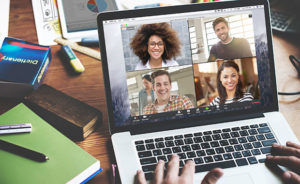