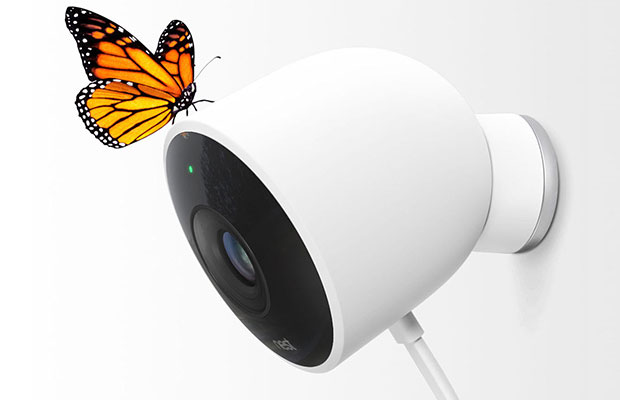 The Nest Cam Outdoor will go on sale this fall for US$199. It is easy to mount on any outdoor surface, according to the company, and even has a magnetic base for attaching to gutters.

The camera, which resembles a unit of track lighting, can capture 1080p video. It has live-streaming capabilities, as well as two-way audio. It has a 130-degree field of view and includes night vision support.

Power to the WiFi camera is provided through a 25-foot cable.

“Nest Cam Outdoor is one of the first, if not the first, security camera to offer features such as Talk and Listen and person alerts,” said Nest Product Manager Mehul Nariyawala.

“It’s the first to offer 24/7 cloud recording — others only offer DVR-based 24/7 recording, which is hard to access when you’re away from home and easy for burglars to steal,” he pointed out.

“It also has the first-ever IP67 rated outdoor adapter, so you don’t have to drill a hole in the wall to install your camera,” Nariyawala told TechNewsWorld.

The outdoor camera uses the same Nest Aware software as its indoor counterpart. It sends alerts of motion and sounds within camera range to users’ smartphones. It also stores video captured by Nest cameras in the cloud — for a fee. Ten days of video history can be stored for $10 a month and 30 days for $30 a month.

With the launch of Nest Cam Outdoor, the Nest Alert software will be improved to allow the system to distinguish between people and other objects in the camera’s view.

“The people-recognition thing is a huge issue, beause I get so many false negatives,” said Bob O’Donnell, chief analyst with Technalysis Research, who owns two of Nest’s indoor cams.

“It becomes like the boy who cried wolf,” he told TechNewsWorld. “I just started ignoring the warnings.”

Nest Cam Outdoor isn’t an exciting product, but it’s a necessary product because the company needs an outdoor camera to be competitive, O’Donnell explained.”There’s no glamour around this product. Anyone could have made it.”

Failure to do more to differentiate the Nest Cam Outdoor from others in the market is a stunning miscalculation, suggested Patrick Moorhead, principal analyst at Moor Insights and Strategy.

“It brings little, if anything, new to the table,” he told TechNewsWorld. “Yet it has many downsides.”

Among the downsides are no solar or battery power support; no support for Apple HomeKit; and no ability to zoom, pan and swivel, Moorhead noted.

The absence of battery power could be a real deal breaker for some consumers, suggested Kevin Krewell, a principal analyst at Tirias Research.

“Think about it. Where are the power outlets on the outside of the house? They’re near the ground where anyone can disconnect the power to the camera,” he told TechNewsWorld.

“They didn’t change the basic functionality of the indoor Nest camera — they just waterproofed it,” Krewell said.

There are some fundamental flaws with battery-powered security cameras, maintained Nest’s Nariyawala.

“They’re easy to install but easy to steal because they’re wireless,” he argued. “They also only start streaming when they detect motion, providing unreliable and limited streaming to save power,” he added.

“In fact, they remain off the majority of the time to conserve power,” Nariyawala pointed out. “A true security camera needs to be standing guard 24/7 — and watch, hear and record everything so you get the full picture.”

On its own, the camera is only a small part of the attraction for consumers, suggested Jonathan Gaw, a research manager at IDC.

“The device itself induces a hard shrug. It’s the Web services behind the devices — the intelligence — that count,” he told TechNewsWorld.

“Nest hopes the intelligence of its cloud services, such as Nest Aware, combined with an ecosystem of connected devices working together will close the deal for consumers,” said Gaw.

The ecosystem is indeed the thing, emphasized Charles King, principal analyst at Pund-IT.

“It gives owners access to value-added features,” he told TechNewsWorld, “including alerts to their smartphones, the ability to speak and listen through the cam via a phone, and automatic storage of video in the Google cloud.”

However, Nest’s cloud storage pricing structure — annual rates of $100 for 10-day video histories and $300 for 30-day ones — may be a turnoff for consumers, he remarked.

While an outdoor version of Nest’s indoor camera makes sense, its consumer appeal is an unknown.

“It’s hard to say how many homeowners are actively looking for a product like this,” King said. “Other applications, such as adapting the Nest Cam Outdoor for business or industrial use, might be more lucrative for Nest.” 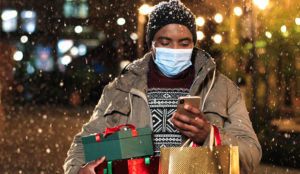