Uber on Thursday announced plans to begin testing semi-autonomous vehicles in Pittsburgh later this month. Its first partially self-driving Volvo XC90 vehicles will be assigned at random to customers who use the company’s app, according to a Bloomberg report.

Each of the prototype cars will have an actual human on board to act as copilot and monitor the vehicle’s performance from the driver’s seat. The passengers who are provided transport in one of those vehicles reportedly will receive a free ride.

Uber, which launched in 2014, has its headquarters in Pittsburgh.

Otto, which currently has a team of around 90 employees, retrofits commercial vehicles including semi-tracker trailers with radars, cameras and laser sensors. The company completed a demo of its autonomous technology on public highways in May.

Pittsburgh offers a number advantages for testing a semi-autonomous car.

“You have some weather. You do have some congestion, some winding roads. It is not as big as New York or Chicago, but it is a nice size to test in,” she told TechNewsWorld. “The weather conditions are favorable, but you do have snow and cold, and that can be a benefit in testing a self-driving vehicle.”

The unique Pittsburgh terrain also is a plus. Known as the “City of Bridges,” Pittsburgh includes many hills and winding roads as well, unlike many other cities’ uniform grids. Uber may need to keep its tests localized in order to succeed.

“The downside of this test program will be if they go too big too fast,” warned Kyle Landry, research associate at Lux Research.

“Even in a medium-sized city such as Pittsburgh, they need to approach this in scale,” he told TechNewsWorld.

Uber is far from the only company testing autonomous vehicles, and while it is doing so on public roads — albeit with a human “copilot” — expanding too quickly could be detrimental to the company’s long-term goals.

“You start small and prove it is effective in one location, and when you expand to a second location you build on your success,” explained Landry.

“By contrast, NuTonomy is deploying a self-driving taxi in Singapore, but only in one part of the city — so that is very constrained testing,” he noted. “Tesla has deployed vehicles everywhere, and that isn’t the best way to test a vehicle.”

The acquisition of Otto along with the plans for Pittsburgh-based autonomous tests suggests that Uber’s play is one aimed at the commercial market.

“The goal is autonomous vehicles — to get the driver out of the car,” explained IHS’ Brinley.

“Uber isn’t trying to sell cars,” she said. “This is a mobility play, and a driverless situation will deploy faster in the commercial side. There is great opportunity to change the way that we move goods as well as the way we move people.”

Uber’s acquisition of Otto also could be in line with industry reports that suggest a move to autonomous vehicles could result in a reduction in vehicle sales.

“Consumer vehicles are declining in sales, and will continue to decline as self-driving cars gain share,” said Peter Harrop, chairman of IDTechEx.

“However, the opposite is happening with commercial vehicles, where demand will continue to increase,” he told TechNewsWorld. “Moreover, as cars become a ‘rental’ for short term driverless trips, they will become commercial vehicles as well.”

Uber already has made in-roads in reducing the human component in other ways.

“They got rid of the person on the phone, and instead users rely on software, which streamlined the process,” said Harrop. “They can apply these human-reduction skills to the vehicle.”

However, a shift to fleet cars still could create demand for new vehicles.

“Those cars will rack up more miles, and end of life will come faster,” noted IHS’ Brinley, “so we could see an uptick in demand for certain passenger vehicles. Really, this isn’t about replacing private cars as much as creating a supplement, and allowing families to reduce the number of cars they own.” 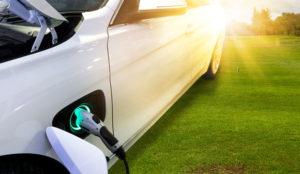 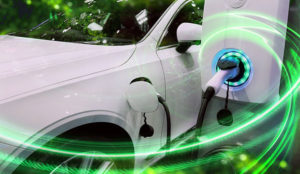