A Tale of Two Suites: Do We Still Need OpenOffice.org? 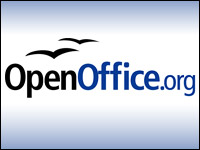 Would a rose by any other name still smell as sweet? Or would it, perhaps, end up sweeter?

Namely: Now that we have LibreOffice, do we still need OpenOffice as well?

In the wake of Apache OpenOffice’s new update, that’s been the question du jour down at the Linux blogosphere’s Punchy Penguin Cafe.

“LibreOffice has demonstrated that it’s the right way to do IT/office suites,” offered blogger Robert Pogson.

“There has been vigorous growth of contributors and a high rate of production, whereas it has taken Apache nearly a year just to change the license of OpenOffice.org,” Pogson added.

“OpenOffice is long obsolete,” agreed consultant and Slashdot blogger Gerhard Mack. “Oracle waited far too long to free the software for it to be relevant any longer.”

‘Annoying – if Not Offensive’

In fact, “Apache OpenOffice is not only obsolete, it’s annoying — if not offensive,” suggested Hyperlogos blogger Martin Espinoza.

“Having a single primary fork of the OO.o codebase would benefit the community most at this time,” Espinoza added, “because code can only go in one direction between the two projects due to license incompatibilities.”

There’s actually “a current version in the Google vs. Oracle case,” Linux Rants pointed out. “With OpenOffice, the community rebelled, and Oracle was forced to concede.

“Unfortunately, they did so too late, and now OpenOffice is the appendix of office suites,” he concluded. “Still there, but it wouldn’t cause any major problems if it was just removed.”

All of the energy today is in LibreOffice, Google+ blogger Kevin O’Brien opined.

Still, “I think a little competition here can be healthy,” he added. “If we’ve learned anything at all over the last 30 years of computing, it is that monoculture is unhealthy.”

In fact, “I think it would be too early at this point to write off OpenOffice,” said Roberto Lim, a lawyer and blogger on Mobile Raptor.

‘It Could Bring More Innovation’

“If LibreOffice and OpenOffice develop side by side with most being feature-identical, then I think two are not needed,” Lim asserted. “On the other hand, if it develops the way Gnome, KDE, Xfce, Unity and other desktop UIs have developed, it could bring more innovation as developers differentiate and experiment.

“The same engine underneath with a new interface would not be a bad thing,” Lim added.

For that matter, “I think LibreOffice might really need some competition to improve more,” he suggested. “I have no complaints about the functionality of these two office suites, but with every new version I hope for a nicer, neater user interface.”

‘Let’s See What Apache Does’

What would be refreshing is “a simple office suite interface like the old 1.x version of AbiWord (before it became the more complicated looking version it is today) or something like Google Docs’ nice clean interface,” Lim said. “Basically, hide more things in the drop down menu. Maybe revise the drop down menus to display more graphical cues and in general be friendlier to smaller screens.”

A lite version would be nice as well, he added.

“LibreOffice and OpenOffice are no speed demons when it comes to launch times,” Lim explained. “Removing rarely used features in exchange for a lighter, faster program would be great, I think.

“Maybe one could aim at being a lighter, consumer-oriented program and the other could target institutions and larger businesses,” he suggested.

In any case, “let’s see what Apache does with OpenOffice over the next few months before writing it off,” Lim concluded. In the meantime, “I am sticking with LibreOffice. No problems running it on my Mac and Ubuntu PCs.”

‘They Are No Longer on Top’

Actually, “an open source program doesn’t have to be directly competitive to be relevant,” suggested Chris Travers, a Slashdot blogger who works on the LedgerSMB project.

“It isn’t clear yet whether OOo will be relevant, but I hope they will be,” he added. “I think it is quite possible that they will develop relevance over time.”

Meanwhile, “the key challenge for OOo to get over right now is the fact that they are no longer on top,” Travers advised. “This gives them freedom. They can say, “hey look, if you want the standard stuff you can go look at LibreOffice, but here are some really cool things we are working on.’

“This is often what defines relevance in open source,” Travers concluded.

“I wouldn’t count OO out just yet simply because of ONE reason… the license,” hairyfeet explained.

“It’s common knowledge that NOBODY in business will go near GPL after the V3 debacle,” he noted. “Apache on the other hand is MUCH more business-friendly, and the Apache server is used all across the business landscape, so I can see businesses getting behind OO for that reason alone.

“I can also see the up-and-coming app stores being more likely to go for something with an Apache license than GPL or LGPL, simply because it’s a safer bet,” hairyfeet predicted.

“You’ll have to do some extra work if you want to use OpenOffice,” warned Barbara Hudson, a blogger on Slashdot who goes by “Tom” on the site.

“I hopped over to distrowatch and started going through the distros, beginning with the most popular, to try to find one that doesn’t use LibreOffice by default,” she noted. “Mint, Ubuntu, Fedora, openSUSE, Debian, Mageia, Arch, CentOS, Puppy, PCLinuxOS, Lubuntu, Ultimate Edition, FreeBSD, Sabayon, Chakra, Pear, Slackware, Gentoo, Bodhi, Fuduntu, Zorin, Vector, Mandriva … no OpenOffice.”Perhaps it should be renamed GoingOutOfBusinessOffice,” Hudson suggested. “For bonus points, they could change the birds in the OpenOffice logo to a dead Norwegian Blue nailed to its perch: ‘It’s not dead — it’s just pining for the Sun (Microsystems).'”