All Things Appy: 5 Best Apps to Make the Most of Apple Sensors

Your Apple device is full of sensors. The main five consist of a proximity sensor, an ambient light sensor, an accelerometer, a magnetometer and a gyroscopic sensor. Also included in these devices are radios, which aren’t strictly sensors but which include the GPS for location services.

In this week’s All Things Appy, we take a look at the five best free apps you can get in order to play with your sensors and sensor-like radios — some of the key features, in other words, that distinguish smartphones from dumb ones.

About the Platform: Apple’s apps can be found in the iTunes store. Browse to the store from your device and search for the app you want to download.

This compass app takes advantage of the magnetic compass magnetometer that’s included in recent iPhones and iPads to display directional navigation data — just like a handheld compass. Position, bearings and speed are tracked. 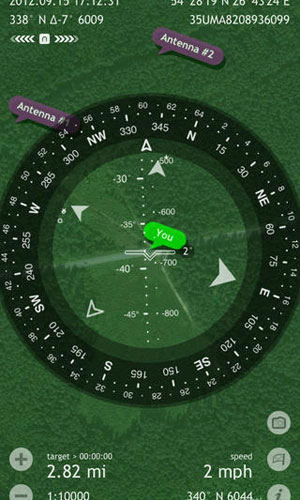 Heavily magnetic fields can interfere with magnetometer readings, so this app starts using a gyroscopic rotational sensor to compensate for that, as well.

Here’s an app that takes advantage of the gyroscope sensor. Gyroscopes track localized movement of a device.

Planets is a 3D planetarium-style guide to the solar system. Once the device locks onto a location using GPS or cellular towers, movement of the device maps the planets and stars on the screen with the gyroscope in real time.

AccelMeter is rated 3 stars out of a possible 5 for all versions based on 269 ratings, and 3 1/2 stars out of 5 for the current version based on 16 ratings in the iTunes App Store.

Whether you knew it or not, the accelerometer is the sensor that orients the phone screen between landscape and portrait — you’ve likely been using your device’s accelerometer daily when Web browsing, looking at photos and controlling any games.

Peter Breitling’s AccelMeter is the best app for visualizing and measuring actual acceleration. It includes all of the three axes — often labeled x, y and z — plus reverse acceleration and g-force calculations.

The light sensor on your iPad or iPhone automatically adjusts screen-brightness levels based on what the Apple programmers think should be optimum brightness — based on ambient light. Well, that may not be what you think, and this app lets you adjust sensors manually.

Be aware that a dim screen will save power, while a brighter screen makes small screens more readable.

Sleep therapists reckon a burst of light at night fools the brain into thinking it’s waking-up time, so use a super-dim screen if you’re an insomniac workaholic.

The proximity sensor is the sensor that deactivates the display when the phone is in a call so you ears don’t dial phone numbers.