Amazon Mints Coins and Makes Deposits in All Kindle Fires 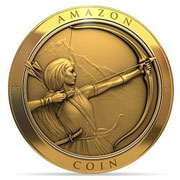 Amazon released its virtual currency Monday, and to kick off the new feature the company deposited 500 free Coins into the accounts of every Kindle Fire owner.

Since each Coin equals a penny, the gift amounts to US$5 for each user. Amazon is also offering a 10 percent discount on Coins — a purchase of 500 Coins actually costs $4.80. Amazon believes that the move will encourage developers by offering an opportunity to drive traffic and downloads.

“Customers can purchase Coins at up to a 10 percent discount, making them a great way to save money on apps and games. For developers, there are now tens of millions of dollars worth of Amazon Coins in customers’ accounts that can be spent on apps and games,” Amazon spokesperson Sally Fouts told the E-Commerce Times.

Virtual currency is a way for Amazon to grab dollars up front for its Appstore.

“This is huge. In-app purchases will be the only way to buy a premium app experience in the future of the app economy,” AppTrailers CEO Sheffield Nolan told the E-Commerce Times. “The in-app purchase model is analogous to the free trial software for desktops that allow you to ‘unlock’ the full functionality if you pay for it. In fact, over 76 percent of the money made from Apple App Store is now in-app.”

Virtual currency has been used for several online platforms such as Microsoft Points, gold in World of Warcraft, and Bitcoin, an economy that helps users send and receive virtual payment.

“It allows people to purchase and contain expenditures to a large extent,” Rob Enderle, principal analyst at Enderle Group, told the E-Commerce Times. “You’re encouraged to buy a bunch of it. You’re basically giving Amazon your money and assuring you will only use it on Amazon. It ensures your future expenditures will happen at Amazon.”

Some other virtual currency systems have failed, however, which could discourage developers from buying into the model.

“The biggest concern I think developers have right now is how this will affect revenue,” Jason Robinson, a developer for Metova told the E-Commerce Times. “Judging from the outcome of Microsoft’s similar system for the Xbox, this might increase revenue in the short run, but could be too confusing for consumers in the long run and decrease sales.”

Budgeting those purchases may be the best use for Amazon Coins. Parents can load a child’s account with a number of Coins each month to control purchases — or even a lot of Coins for their own purchases.

“Amazon’s foray into virtual Coins is another advantage that only a few companies are capable of exploiting. Amazon’s scale and wide variety of products make it appealing for consumers to prepay for Coins,” Josh Crandall, principal analyst at Netpop Research, told the E-Commerce Times.

“Perhaps people will use it to top off a child’s allowance account or their own discretionary spend account. Whatever the purpose, using virtual coins must be as easy to use as credit. Finally, if consumers receive a discount for prepaying for coins, it may just offer the spark Amazon needs to light a fire,” he said.

“The coin system will certainly have a positive impact for kids whom their parents might have been weary to give them a credit card to purchase as many apps as they please,” said Metova’s Robinson. “The parents can purchase a set amount of coins for their children and not worry they will spend more money than was already invested in the Coins. So I think we will see an increase in commerce from children.”

Amazon’s 3D Phone Could Simply Be a Wonder to Behold 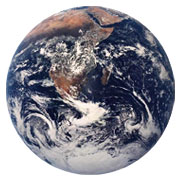 A Changing Earth Is on Display in Google Timelapse