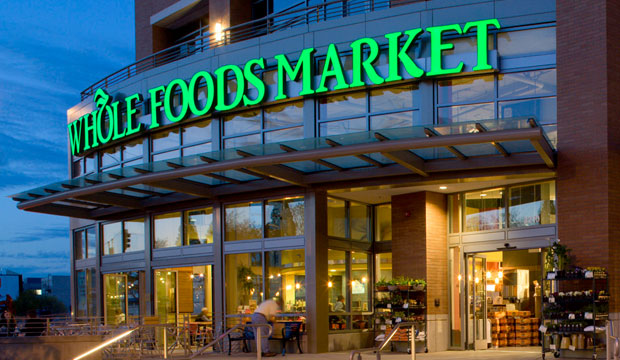 Amazon on Monday kicked off the completion of its acquisition of Whole Foods Market with steep price cuts on some products.

The company plans to integrate Amazon Prime into the Whole Foods point-of-sale system to serve as its customer rewards program.

Amazon will make changes in other areas over time, including merchandising and logistics systems, to offer more Whole Foods price reductions and other benefits.

Whole Foods products, including the grocery chain’s own “365” branded items, will be available through Amazon.com, AmazonFresh, Prime Pantry and Prime Now.

Amazon Lockers will be established in select Whole Foods stores so customers can have products shipped to them for pickup, and also use them to send back returns.

Ahead of the Curve

“Once again, Amazon’s ahead of the curve when it comes to innovation of a largely unchanged grocery loyalty landscape,” said Tom Caporaso, CEO of Clarus Commerce.

Most loyalty programs offered at stores “are largely status quo coupon and points-based,” he told the E-Commerce Times.

With e-commerce shopping benefits, streaming video, cloud storage and “much more,” Amazon Prime’s integration with Whole Foods and the resulting ancillary benefits of Prime membership should make Whole Foods shoppers among the most loyal in the industry, Caporaso predicted.

“This is the fist time major grocers, including Kroger, Walmart and Publix, will have to compete against a major technology company on their home turf,” noted IBISWorld analyst Jonathan Hadad.

“More than 224 million people are within one hour of a Whole Foods store, making grocery delivery much less expensive and more feasible,” he pointed out. “Industry competitors must keep this in mind and begin to turn more focus to their delivery capabilities.”

Grocery stores close to Whole Foods locations may need to adjust their prices to match any price cuts, Hadad said. Larger companies may be able to compete, but smaller ones will be “greatly impacted” because of lack of technological capability and inadequate funds.

Walmart and Target also offer fresh produce. They are, with Kroger, the biggest three competitors that have data capabilities, noted James Thomson, partner at Buy Box Experts and author of The Amazon Marketplace Dilemma.

However, they need to be able to leverage that data to build their own high-quality private label brands, he told the E-Commerce Times.

They also have to figure out how to respond to Amazon’s grocery delivery options already in place, Thomson noted.

Walmart has tied up with Google to allow consumers to place orders through Google Assistant or the Google Express website or app.

That “helps Walmart with localized shopping and search data, but doesn’t resolve the customer delivery problem or the overall inventory management problem of how to offer a huge selection locally for pickup and, perhaps, delivery,” Thomson remarked.

Still, Whole Foods represents “only 3 percent of the market,” IBISWorld’s Hadad said, adding that the organic market is only 5 percent of the entire grocery market, according to the Organic Trade Association.

The grocery industry is worth more than $610 billion a year, Hadad pointed out, and Walmart “is the nation’s No. 1 seller of groceries, including perishable products.”

“Price is a huge consideration in grocery shopping,” Hadad said. “A Nielsen study found 72 percent of North Americans would switch stores if they found a better price elsewhere.”

Lower prices could increase sales volume at Whole Foods, assuming they become the norm and aren’t just a promotional gambit, he suggested. However, “Amazon and Whole Foods must work on messaging and ensure people who don’t usually shop at Whole Foods know of price decreases.”