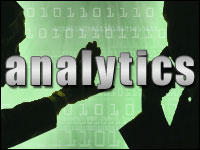 A growing recognition of the business benefits predictive analysisprovides is positioning newcomer Revolution Analytics into a key role to help adopters of theR programing language migrate from legacy offerings. Until a recentfunding infusion and a refocus of marketing goals, the startup didbusiness under the name “Revolution Computing.”

The new company, which launched on May 4, is headed by CEO Norman Nie.In fact, some 40 years ago, Nie founded SPSS (Statistical Packagefor the Social Sciences). That company’s mission was to spearhead thewidespread use of data in decision-making. Nie was one of three people who developed a software system based on R and theidea of using statistics to turn raw data into information essentialto the decision-making process.

In his new corporate role, Nie is aiming to disrupt the market hehelped create and take on his old company head-to-head using thetechnical and cost-advantages of open source R.

When funding partners approached him about taking over the new companyand further developing R, Nie’s first reaction was, “No way. I’m notdoing this again,” he told Linuxinsider. Then he gave the plan morethought.

“I started thinking about what it would take. I began to understandthe opportunities and the limits of the GPL (General Public License).All of a sudden the picture occurred to me of an unbelievable softwareanalytics company that could handle the biggest data files and wouldhave the speed to overtake the legacy companies,” he said.

R is a language and environment for statistical computing andgraphics. The open source GNU project software project runs on a widevariety of Unix/Linux platforms, Windows and the MacOS.

R provides a wide variety of statistical modeling and graphicaltechniques. It is highly extensible. A key strength is its ability toproduce well-designed, publication-quality plots, includingmathematical symbols and formulas.

R is the choice of statisticians, Nie explained.

“There are no statistical expressions that can not be written in R,” he said.

Revolution Analytics is working to be the rallying point for thecommercial development of R. Nie sees a good chance for the company tobecome for R in the predictive analysis space what RedHat is to theLinux community.

To that end, the company is spending money to focus the open sourcecommunity around its website, he said. The commercial product will befree to academics under a dual license.

“We want to take advantage of the use of R and put our IP(intellectual property) on it for commercial adoption,” he said.

In essence, Revolution Analytics is putting its money on an academicinfrastructure of R users to earn a return from the commercial users.The R language has its genesis among university researchers andgraduate students.

That once-academic fervor for statistical analysis is moving into thebusiness world. A new generation of college-trained statisticians willbring their programming skills in R with them. Why? Because it is sopopular in Academia with researchers.

“So that has the potential to spur its adoption. Its use inacademia can be an appealing factor,” David White, senior researcheranalyst for the Aberdeen Group, told LinuxInsider.

The company has made some significant improvements in thecommunity-developed version, White said. For example, it is now mucheasier to use analytics. The improvements address a key area whereusers lack key skills. They don’t need a PhD to use it.

That sort of improvement comes on top of the existing benefits ofusing the R language. That is the cutting edge advantage the companybrings to market.

“Nothing specifically like R has ever been developed for researchanalysis. It is the only language ever developed by statisticians,”Jeff Erhardt, COO of Revolution Analytics, told Linux Insider.

Other programming languages such as C and Python do not have the samelevel of productivity. Over the last five years, use of R has literallytaken over the academic world, he said.

Known as “Revolution Computing” when it opened for business in 2007, thecompany received $9 million in Series B funding from North BridgeVenture Partners and Intel Capital in October 2009. That’s when Nietook over as CEO.

Despite the company’s unique position of being in the forefront of theR evolution, the investors wanted a change in direction to betterconfront the marketplace. The predictive analysis space was dominatedby only a few companies, noted Nie.

The launch of the alpha version of the enterprise version last monthcame with the announcement of a corporate name change.

Prior to the new round of financing and Norman Nie joining, Revolutionwas focused on commercializing R, but not specifically for predictiveanalytics use. Their primary efforts as Revolution Computing werefocused on bringing parallel computing technology to R, as opposed toa focus on the broad analytics market, COO Erhardt explained.

“A change is going on in the industry. Previously, proprietary firmssuch as SAS and SPSS dominated the field. Revolution Computing istaking a new tack with its open source software development,” Dave Stodder, principal analyst for Perceptive Information Strategies, told LinuxInsider about the company prior to its name change.

The recent corporate name upgrade may mirror a maturing of the conceptbehind predictive analytics. The software field for predictiveanalytics is wide open as it is relativelynew, noted the Aberdeen Group’s White.

What the company is doing is driving down the cost of using analyticaltools. This allows software developers to include analytics in theirapplications, added White.

“This new field of predictive analytics is really just a variant ofwhat was statistical modeling. R just sits on that wave. With the kindof corporate backing we’re providing, I think it is an incredibleopportunity. I see great disruptive innovations,” Nie said of hiscompany’s viability for success.

Nie faces a major sticking point in pushing the commercial version ofR against legacy options. For many old-school businesses, open sourcesoftware is banned.

“A challenge to the adoption of R is its open source roots. A lot ofenterprises shy away from open source software because of itspotential for not being supported,” said White.

For example, a representative from a large insurance firm looking at Rtold him that basically hell would freeze over before open source everwas used in that company.

Another obstacle that Nie faces is the different marketing strategy he faces.When he first marketed the R concept, no incumbents existed. Today hemust contend with SAP and his old company, SPSS, which is now a partof IBM.

“So part of our focus is educating the market about the Revolutionaryprocess. Our pitch is to show the scalability and usability comparedto these other solutions. All of the innovation in predictive analysisis coming from open source,” he said.

Navigating the newly renamed company through a growing predictiveanalytics space is much like facing a perfect storm, suggested Nie.

You have all these graduates trained in using R, plus agrowing demand in business for statistical analysis, coupled withlegacy solutions that are very costly.

The startup may already have a head start. To push forward, Nie isfollowing a three-part plan.

One, he has to scale R so it can be used in enterprise applications.Two, he has to build in greater usability. Three, heneeds to develop migration tools to enable people to move all theirlegacy products into R.