Apple Execs’ Salaries Go Up as Stock Goes Down

All but one of Apple’s top team received a pay raise in 2015, according to a proxy statement filed with the Securities and Exchange Commission this week.

While Angela Ahrendts, Apple’s senior vice president for retail and online stores, didn’t get a raise, she’s still pulling down the highest executive compensation at the company at US$25.8 million.

Her compensation in 2014 was $73.4 million, but that’s because Apple offered her a fat financial deal to jump ship from Burberry.

However, Cook has large equity holdings in the company awarded him when he become CEO. They include unvested shares worth $353.3 million and equity incentives worth $192.7 million.

CFO Luca Maestri received compensation of $25.3 million, an increase from $14.0 million in 2014, the SEC filing showed.

His stock holdings include unvested shares worth $36.1 million and equity incentives worth $9.7 million.

Meanwhile, Eddy Cue, Apple’s senior vice president for Internet software and services, had compensation of $25.1 million, a jump from $24.4 million in 2014.

Cue’s stock holdings include $92.6 million in unvested shares and $18.4 million in incentives.

Although Apple was a revenue and profit machine in 2015, its stock languished.

Full-year revenues for the company were $233 billion and profits were more than a billion dollars a week at $53.4 billion.

“Should they be rewarded for destroying $480 billion of potential shareholder value?” he told the E-Commerce Times. “Their compensation is totally skewed.”

“The team should be compensated based on the P/E multiples. They shouldn’t get bonuses until they match the market multiples,” he said.

“If Steve Jobs was alive today, he would have gone bananas,” he added.

One of the problems in corporate America is executives continuing to make good money regardless of how the company is doing, observed Rob Enderle, principal analyst at the Enderle Group.

“There’s been a decoupling of company performance and salaries at the top level of firms that’s been problematic,” he told the E-Commerce Times. “Often, even if a company drops into unprofitability, the salaries will remain stratospheric.”

That’s not the case at Apple, however, according to Enderle.

“Apple continues to be one of the most profitable companies in the technology segment,” he said. “As long as that is the case, you’d expect the compensation to remain reasonably good.”

While Apple may not be doing as well as it did under Steve Jobs, Enderle continued, it’s doing better than most companies do when an iconic leader leaves.

“The fact that Apple was designed around Jobs and they’re doing as well they’re doing is a testament to their capability,” he said.

As for Apple’s stock price, “tech companies have a history of being undervalued,” he observed.

“The issue with Apple is they’re expected to overperform, so they get pounded when they don’t,” Enderle continued.

“The expectations around Apple are often unreasonable,” he added, “largely because Apple has shown they can perform at unreasonable levels.” 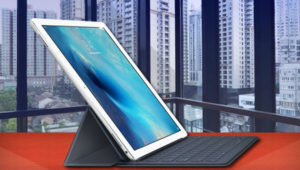 Will Apple Beat the Enterprise Curse?