Apple Likely to Pony Up to Settle A123 Poaching Suit

Apple has agreed to settle the lawsuit brought by battery manufacturer A123 Systems, accusing it of poaching engineers who were under non-compete agreements, the BBC reported Thursday.

A123 develops technologies for electric car batteries. News of the rumored settlement has fueled speculation that Apple poached talent from the firm to forward its ambitions to enter the electric vehicle market.

A123 in February filed suit, asserting that Apple knowingly targeted high-level employees who were under non-compete clauses.

Apple has attempted to have the case moved closer to its headquarters in Cupertino, California, and ultimately to have the lawsuit dismissed. A123 requested a number of delays in the proceedings before the two sides apparently came to terms.

There have been rumors that Apple was considering the purchase of electric vehicle developer and manufacturer Tesla Motors. Those rumors have faded, though, and have been replaced with speculation about Apple’s intent to develop its own electric vehicles.

Apple has a very vested interested in battery technology, but that doesn’t necessarily mean that it is considering a move into the electric vehicle market, said Roger Entner, principal analyst at Recon Analytics.

“Is A123 mostly looking into cars? Yes — but I think the same technology can be applied to smaller devices,” Entner told the E-Commerce Times. “Apple mulled buying Tesla. The company has mulled a lot of opportunities.”

Considering the non-user-serviceable battery in its mobile devices and slight disappointment in the Apple Watch’s battery life, all of its hardware offerings could benefit from the sort of expertise A123’s engineers bring to the table, according to Entner.

“Small batteries are a lot more challenging than large ones,” he pointed out.

The full details of the agreement between the companies may never come to light — but depending on just how much money Apple had to throw at the lawsuit to make it disappear, there may have been a more feasible route.

If Apple had executed an acquihire, it would have been on the same page with A123, and the lawsuit never would have been filed, noted David Goldenberg, founding partner of VLP Law Group.

An acquihire would have entailed buying A123 in full, just to gain access to the engineers.

In the acquihire scenario, “they don’t care about what A123 is doing — they want the team,” Goldenberg told the E-Commerce Times. “That’s generally what an acquihire is, and that’s all done with everyone’s consent.”

From there, Apple would pay its new subsidiary to release the battery engineers from their A123 projects and contracts to work on Apple projects.

“If that happened, with A123 consenting with the transaction, there would be no lawsuit,” Goldenberg said. “That would involve everyone sitting down at a table before all of this happened.”

Normally, corporations attempt acquihires with firms that are much smaller than they are, he observed. The smaller company usually is experiencing slow growth or has been stagnant for a good deal of time.

A123 is currently recovering from a 2012 bankruptcy and has been selling off assets. 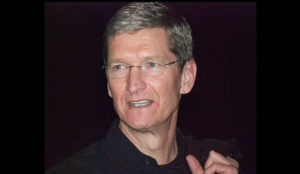 Why Tim Cook Would Build an Apple Car