Apple to Jack Up App Prices in UK 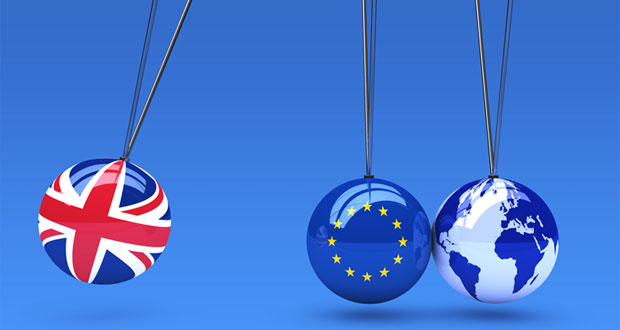 Apple on Tuesday alerted its development community that it will be raising prices on apps sold through its App Store in the United Kingdom.

App Store price increases also are ahead for India, due to changes in service taxes, and Turkey, due to depreciation in the Turkish lira, Apple said. Changes in pricing at the UK App Store are due to the declining value of the British pound since the UK’s vote last year to leave the European Union.

Over the last six months, the pound’s value has dropped 18.5 percent against the U.S. dollar. It briefly fell below US$1.20 on Monday, after UK Prime Minister Theresa May declared her ambitions for a “hard” exit from the EU.

News of the app price hikes coincided with the UK Office of National Statistics’ announcement that inflation in the country has surged 1.6 percent, fueled by rising prices in air fares, food and motor fuels.

Under the new pricing, an app that cost 99 cents in the U.S. App Store and sold for 79 pence in the UK will instead cost 99 pence.

The prices of more expensive apps will jump more. The cost of a Pound 1.49 app will increase to Pound 1.99, while premium apps, like Super Mario Run, will rise from Pound 7.99 to Pound 9.99.

Consumers still have a window of a few days during which they can buy apps at the old prices. The new pricing scheme is expected to take effect early next week.

It’s also expected that within of few weeks of the App Store price increases taking effect, prices will jump in Apple’s iTunes and iBooks stores.

It’s of interest that the price increases in the App Store more than offset the decline in the pound since the Brexit vote. That might be Apple’s nod to financial analysts’ forecasts that the pound’s fall hasn’t bottomed out yet.

Apple isn’t the only company boosting prices because of currency fluctuations. Both Tesla and HTC announced price jumps in October — just about the time Apple was hiking prices by 20 percent across its Macintosh computer line and Microsoft was announcing price increases of 22 percent for British businesses.

Those hikes might have been in response to general currency trends, however.

“This has less to do with Brexit and more to do with the strength of the U.S. dollar,” said Patrick Moorhead, founder and principal analyst with Moor Insights and Strategy.

“The U.S. dollar has strengthened 20 percent over the past few years compared to most other currencies. Apple needed to raise prices to make the developers whole,” he told the E-Commerce Times. “Every U .S. company has had to raise prices or lose profits.”

Nevertheless, Brexit is having a significant impact on global business, noted Adam Jackson, director of public affairs and policy at Grant Thornton UK.

“Businesses around the world are assessing the impact of a weaker pound — whether in terms of opportunities for investment in the UK, supply chain costs and savings, [or] retail pricing,” he told the E-Commerce Times.

“Any business should, like Apple, be reviewing the risks and opportunities and factoring this into their strategy,” added Jackson.

Is Apple taking a risk by boosting app prices?

“That’s impossible to forecast accurately, but the cost of most apps is generally modest, so I doubt the impact will be huge,” said Charles King, principal analyst atPund-IT.

However, “higher-priced apps could be affected more seriously,” he told the E-Commerce Times.

Higher prices or not, the UK is going to remain a key English-speaking market for developers, noted Matt McGinty, chief revenue officer at Fiksu DSP.

“The cost to acquire a user may increase,” McGinty continued, “but it’s really tough to say definitively at this time, since there are more influencing factors than just apps costing more to buy on the Apple App Store.”

The price increases could have an impact on where developers first test their English apps. They might choose to spend their test dollars in New Zealand or Canada, he explained.

“In most markets, the cost to purchase an app is the same on iOS as Android,” he pointed out. “Of course, the Google Play Store is not as centrally controlled, so it’ll probably be more of a developer-by-developer decision whether to raise prices or not.”