Analysts were atwitter over the quarterly results, some implying they heralded big trouble in little doses for Apple. However, others insisted there was no basis for the fuss.

Shareholders apparently were concerned by iPhone sales that missed some analysts’ estimates, as well as tepid Apple Watch sales, falling iPad shipments, the company’s so-called China problem, and revenue guidance for fiscal Q4 which, by and large, was below analyst expectations.

Apple CEO Tim Cook said iPhone revenue was up 59 percent over last year, and sales of Macs were strong.

Revenue from services, driven by the App Store, hit an all-time high, he noted, and the Apple Watch had a “great start.”

Company CFO Luca Maestri said revenue was up 33 percent and earnings per share up 45 percent, year over year. The company generated a “very strong” operating cash flow of $15 billion.

Apple’s cash balance “is the stuff of legend,” pointed out Charles Sizemore, founder of Sizemore Capital.

“If Apple’s cash and marketable securities were a standalone company, they would be bigger than Warren Buffett’s Berkshire Hathaway and just a hair smaller than Coca-Cola by market cap,” he told the E-Commerce Times.

Despite “punishing” tax rates on Apple’s offshore cash, the company has enough in the bank “to sustain its dividend at current levels for the next 10 years without earning a single dime in additional profit,” Sizemore said.

The Sky is Falling – Wait, What?

If that’s the case, why are investors concerned? Tim Arcuri, the Apple analyst at Cowen & Co., on Wednesday downgraded Apple from Outperform to Market Perform, and dropped his target price for Apple shares from $140 to $130.

It could be that some analysts are drawing negative inferences from the company’s refusal to provide hard figures on Apple Watch sales, which appear to have been weak.

Analysts were expecting $1.84 billion in Apple Watch sales, according to MarketWatch.

However, “by most companies’ standards, Apple put together another strong quarter,” said Andreas Scherer, managing partner at Salto Partners.

“Apple is trading at historic highs,” he told the E-Commerce Times, which “comes with matching expectations.”

For example, iPhone sales totaled $47.5 million for the quarter. Although that figure represented “substantial growth year over year,” according to Scherer, it also represented “a significant drop quarter over quarter.”

The market expected iPhone sales to exceed $49 million, he said, and the Apple Watch “hasn’t had a breakout quarter yet.”

Investors might be concerned because more than half of Apple’s revenue and an even higher proportion of its profit come from iPhone sales, noted Barry Randall, chief investment officer at Crabtree Asset Management.

iPhone sales “not only didn’t meet the high end of expectations — 52-53 million units — they didn’t even meet Street consensus,” he told the E-Commerce Times.

The company’s silence on Apple Watch sales figures “is a sideshow,” Randall said, “because it’s impossible to tell how many are being sold to hard-core Apple fans,” as opposed to first-time Apple customers.

As for China, “If the worsening economy in China in hitting sales, then plenty of other companies would like Apple’s China problem — 112 percent year-over-year revenue growth and an estimated smartphone market share of 20 percent, well up from the last quarter,” Randall observed.

Apple’s only structural weakness is that its business and stock price “are balanced too narrowly on the iPhone product line,” he added. “For now, notwithstanding yesterday’s ‘disappointment,’ that weakness is something a lot of companies would love to have.” 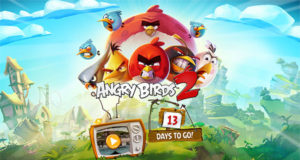 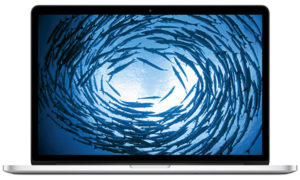