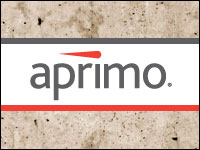 It is an inbound marketing app with real-time interactive features. The first Aprimo app destined for the AppExchange was released in 2010. The newer app, however, is written on a different code base, which was acquired last year when parent company Teradata bought the IP assets of Helm Interaction. The code base has been renamed “Aprimo RealTime Interaction Manager.”

“Going forward, it will be important channel for us,” he said. “We plan to step up our Salesforce.com partnership in general and are looking forward to offering more products through the AppExchange channel.”

Infusing Upsell and Cross-Sell Into Sales and Service

Aprimo’s Sales to Service app targets call center representatives who use Salesforce.com’s Service cloud. The point is for reps to be properly equipped to cross-sell and upsell callers at the appropriate time.

For example, take a bank that is marketing a gold card and has a customer call in with an account question, Motheral said. A quick check by the rep might show the customer is eligible for the card, and the sales pitch could then begin.

There are other uses that don’t necessarily pertain to marketing, he noted. For instance, that same bank could use the system to inform customers affected by a hurricane in Louisiana not to worry about certain fees until the state was back on its feet.

“We want to respect the context of the conversation, of course,” David Perona, director of inbound marketing at Aprimo, told CRM Buyer. “The rep needs to know what is the best offer or message to give a caller and when the best time is to deliver that offer.”

Usually it is after the rep has addressed the caller’s needs or concerns, he said.

There is social media integration, allowing the system to incorporate Facebook data for targeting offers. The application also has the ability to send a single message via multiple channels — and then interact across those channels. The interaction information, however, is stored within a single customer session.

The app also can integrate with campaign management processes.

Lead Generation in the Social Revolution