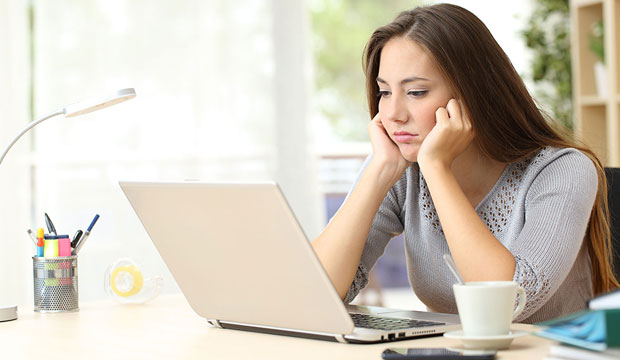 Customer service is more important today than ever before. A company’s ability to answer customer questions and resolve problems has become as essential as product, quality, and price.

When customers are ignored, or given the impression they are unimportant by slow response times, the consequences of lost business and a damaged reputation can be irreversible.

A study of 973 leading retailers and consumer goods companies, conducted in April and May, found that most fall short of providing timely customer service. The study was conducted by Netomi, a platform provider for AI customer service.

Only 56 percent, that being 540 firms, have an easy-to-access and readily available email address, and 70 percent of those did not respond to customer emails when approached. As a result, only 162 of the 973 companies responded to customer emails.

“This is the most shocking finding of our study,” Can Ozdoruk, VP of marketing at Netomi, told CRM Buyer.

“It not only presents a risk to customer satisfaction, but also the bottom line, as customer experience is what drives loyalty and spend today.”

A few of the remaining 433 companies conceal an email address in privacy policies, terms and conditions, or other pages where a customer is not likely to look when seeking support.

“Hiding email addresses and not answering emails speaks more about the siloed ‘ownership’ mentality of an organization that thinks of customer journey and engagement as something they create and manage,” Liz Miller, a principal analyst at Constellation Research, told CRM Buyer. “Experience is owned by the customer.”

Other findings in the July 2020 report show that:

“The companies that simply redirect customers to another channel are adding friction to the support journey,” Ozdoruk said. “User frustration increases when a person needs to contact a company multiple times, through multiple channels, for a single resolution.”

The 162 companies that responded to customer emails tended to have slow response times. The study found:

“According to Forrester Research, 66 percent of online adults in the U.S. said that valuing their time is the most important thing a company can do to provide them with a good online customer experience,” Ozdoruk remarked. “Businesses can grow their revenue by as much as eight percent above the competition when they improve the customer service experience.”

Eighty-two percent of more than 700 U.S. consumers responding to an earlier Netomi survey said they had stopped doing business with at least one company, or scrapped a planned purchase, because of poor customer service.

Further, 32 percent of those respondents had done so several times; 61 percent want a fast resolution and 44 percent hate waiting for a response.

Netomi found that 85 percent of the 162 companies that responded to customer emails utilized personalization by either using the customer’s first name in their response or having their agent sign off with their own name.

“We were expecting a higher percentage for the personalization rate, especially as our definition of personalization was the bare minimum in this case,” Ozdoruk said. This “could potentially signal that agent desk systems are not widely used.”

Companies that use an agent desk, like Zendesk or Salesforce, “did outperform on key customer service metrics like response time and measuring customer satisfaction,” he added.

Only 14 percent of the companies that responded to customer queries sent out a satisfaction survey after a customer interaction, according to Netomi.

“This was another very shocking finding from the study, as measuring customer satisfaction is very easy,” Ozdoruk said. “Without hard data and interviewing support managers at these companies, it seems that closing or resolving a ticket is the core focus, with little regard to how satisfied a customer is.” This “is detrimental to the long-term output of a support team.”

The pandemic has sent online purchases soaring, so having better digital customer experiences “is more important now than ever before,” Nicole France, a principal analyst at Constellation Research, told CRM Buyer.

“Building a wider base of satisfied customers today not only builds a solid business in the short term, it also pays long-term dividends.”

Online retailers are “vying for customers with their direct competitors and also with all the other digital and in-person experiences those customers have had,” France said.

That said, “Customer service teams are being swamped by increases in traffic and demand…and some businesses have cut back on customer service capabilities because of drops in revenue or demand,” she pointed out.

Both issues are “exacerbated by the challenges of providing customer service teams with adequate work environments and/or the ability to work remotely, including from home,” France noted.