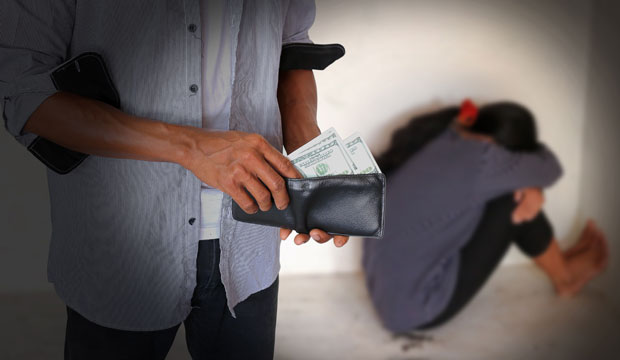 Backpage CEO Carl Ferrer is facing extradition to California after appearing in a Texas court Friday on charges his company earned millions of dollars by promoting adult and child prostitution through escort advertisements run on the site.

The court appearance came a day after Ferrer’s arrest in Houston. He had just returned from the Netherlands to the headquarters of his Dallas-based company, which officials said is the largest advertiser of adult escort services in the U.S.

“Backpage.com seems to have knowingly and willingly allowed women and children to be expoited in return for its own financial gain,” said Texas Attorney General Ken Paxton at a press conference announcing the arrest. “I intend to provide every resource available to make sure this company and the individuals who operate it can never again do business in the state of Texas.”

The arrest followed an investigation led by California Attorney General Kamala Harris and the California Department of Justice, which investigated the firm for three years using undercover agents who responded to escort ads and arranged meetings with people who had advertised on the site.

Ferrer and the two owners of Backpage, Michael Lacey and James Larkin, were charged in Sacramento Superior Court with conspiring to commit pimping through Backpage and two additional websites, Evil Empire and BigCity, according to court filings.

Backpage generated about US$2 million a month in credit card payments between Oct. 2014 and May 2015, according to the complaint.

Warrants have been issued for Lacey and Larkin, but they have not yet been arrested, Kristen Ford, a spokesperson for Harris’s office, told the E-Commerce Times on Friday.

The Backpage operation has created websites in local cities throughout the country, including more than 30 in California since 2010, according to Harris’s office.

From January 2013 to March 2015, 99 percent of the company’s revenue came from escort ads, based on the California investigation.

Ferrer’s arrest could be the beginning of the end for Backpage, suggested Rick Edmonds, media business analyst at the Poynter Institute.

“It’s hard to predict, since i don’t know what defense they may offer,” he told the E-Commerce Times. “However, it has the flavor of a careful investigation by a major state’s law enforcement apparatus, so it could cripple or close the business.

A big part of this story is the involvement of Lacey and Larkin, who were among the original founders of the Phoenix New Times and later founded Village Voice Media, Edmonds added.

“Arguably, these guys were once the kings of the alt-weekly field, and this is pretty sordid stuff for once-respected publishers,” he observed.

Ferrer and Backpage have been subject to prior investigations into child sex trafficking. Backpage was cited for civil contempt after Ferrer failed to appear at a hearing last November of the U.S. Senate Permanent Subcommittee on Investigations.

Sens. Rob Portman, R-Ohio, and Claire McCaskill, D-Mo., respectively the chair and ranking member of the committee, said the committee’s bipartisan probe of trafficking led right to Backpage using its advertisements to exploit women and children to bring in millions in revenue.

“We certainly wish that Backpage had willingly cooperated with our investigation,” the senators said in a statement. “Despite its refusal to do so, our investigation was the first to uncover Backpage’s practice of editing ads in manner that serves to conceal criminal activity.”

The committee will continue its probe.

Attorney Steven Ross, who represented Backpage during the Senate hearings, was not immediately available for comment.