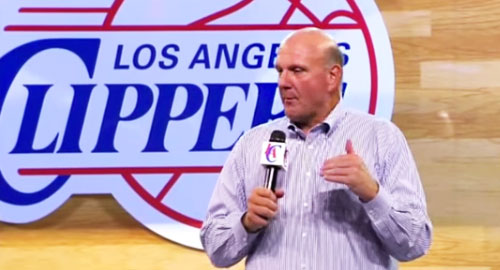 Steve Ballmer on Tuesday severed the last of his official ties with Microsoft — he resigned from the board of directors. Ballmer gave up his CEO role in February.

Ballmer’s other duties have become too pressing for him to focus on Microsoft, he wrote in a letter addressed to CEO Satya Nadella and posted on Microsoft’s website.

“I think it would be impractical for me to continue to serve on the board, and it is best for me to move off,” Ballmer said, citing his recent purchase of the Clippers, along with civic work, teaching and other responsibilities.

“The fall will be hectic between teaching a new class and the start of the NBA season so my departure from the board is effective immediately,” he wrote.

Nadella thanked Ballmer for his 34 years of service to the company in a response that also is posted on the company website.

Ballmer almost certainly will be linked to Microsoft forever, no matter how much time passes or how many other endeavors he undertakes. He will continue to participate informally with the company, offering feedback on products, discussing strategy, and acting as an all-around sounding board. As Ballmer himself said in this letter, “I bleed Microsoft.”

His departure nonetheless is a fitting end to the old era at Microsoft, when success was defined by the performance of its operating systems and other software products.

They are still important, but the company has realized — belatedly, many have charged — that times are different now. In both action and corporate rhetoric, Microsoft increasingly has been doubling down on its mobile and cloud strategies, racing to catch up with the market.

“Under your leadership, we created an incredible foundation that we continue to build on,” Nadella wrote in his response to Ballmer’s resignation, “and Microsoft will thrive in the mobile-first, cloud-first world.”

There is a sizable contingent of shareholders and partners who blame Ballmer for Microsoft missing the mobile ship and are happy to see him walk into the sunset, said Thomas H. Yorke, a Covestor portfolio manager.

When Nadella came on board, Microsoft’s stock responded to the “prospect that many of the lumbering missteps and write-downs were behind them,” he told the E-Commerce Times.

“To be fair, the move to the cloud and monthly fees for software solutions was clearly in motion under Mr. Ballmer, but has now begun to bear fruit,” Yorke said.

“Add his new role as Clippers owner, and you have the perfect recipe for a final farewell,” he said. “The torch has been passed.”

“Let’s face it — Ballmer is going out to play,” she said, referring to the Clippers. By the same token, the “board has been getting pretty vocal, saying a change is needed. They wanted to see him gone.”

Ballmer is hardly a diffident person, DiDio said, and he wouldn’t have done well trying to blend into the background. “So he needed to be gone. It was recognized that if Microsoft was to have a completely new start they would need a completely new slate.”

Ballmer’s departure is also good for Nadella, DiDio continued. “He has Bill Gates as an advisor, and everyone I have talked to says that is not just for show.”

Ballmer didn’t do a bad job at Microsoft, she remarked, but he is widely perceived to have been the reason why Microsoft stalled so dramatically in the last 10 years. 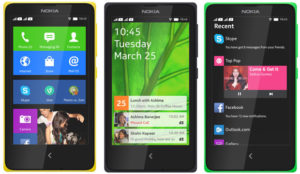