BlackBerry Z10: All Sizzle, No Steak 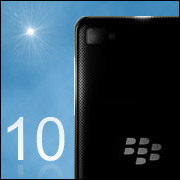 When the BlackBerry Z10 was first in my hands, I was prepared to write a glowing review of the new device and operating system. I like BlackBerry. I thought I was going to be able to write how it was a real competitor to the Apple iPhone and Samsung Galaxy. I was hoping to be able to say BlackBerry was back. Unfortunately, I can’t — not yet. The new Z10 is better in some ways and worse in others. 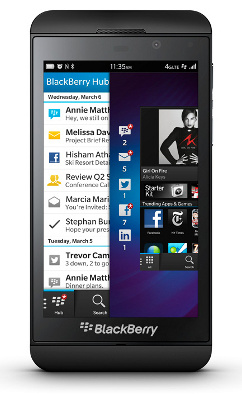 I’ve only had this device for a couple of weeks, so I don’t yet know all it can do, but here are my first impressions.

When you upgrade to a new version of the iPhone or your favorite Android device, there is familiarity. It’s new, but not all new. It’s comfortable. Only when you move to a completely different handset do you have to relearn the entire operating system. There is an uncertainty about how to make it work and how to find all the new features.

BlackBerry is starting life all over again with new handsets, functionality and a brand new operating system, BlackBerry 10. This is more complicated to understand than just upgrading your handset to the next new version — especially when things don’t work right. My BlackBerry Z10 froze from time to time, and I could do nothing but wait until it decided to work again.

I like to talk about the steak and the sizzle. This is how a company should think to be successful. The old BlackBerry was the steak, but had no sizzle. That was the reason it quickly fell behind. This remake has the sizzle but not the steak. Without both, success is not possible. BlackBerry can recover from this though.

The big question is, will this change be enough to give customers what they want and save the company? These first couple of weeks of use show me that this new BlackBerry, the way it is today, makes that uncertain for the long term.

The short term should be good for the company, though, as current BlackBerry users, starving for something new, will switch out their existing handsets for one of the new BlackBerry 10 models over the coming year. What’s next? Will it win them over? Will they stay? Does BlackBerry 10 have the long legs it needs for long-term success?

Based on the BB10 and Z10 technology as they are today, I would say that for most users, the answer is no. However, that could change. BlackBerry could update both and have a great, competitive handset over the next year or two.

Remember, neither the iPhone nor any of the Android phones were great when they burst onto the scene. They won on innovation. Over the years, they improved, caught the flow, and started to really succeed. Now they are cruising right along and are the market dominators.

The same thing could happen with BlackBerry. Its new OS could have a weak start, then make corrections and updates and really catch on over the next year. Whether it will is the question. Can’t say — we’ll just have to wait and see what they do next.

The big problem is the marketplace has been waiting so long already, and expectations were very high. Still, we can wait and hope the new BlackBerry phones can take the same improvement path as the early iPhone and Android handsets.

BlackBerry can be very successful with a strong and growing share, even starting as low as 5 percent of the market. It doesn’t have to hit it out of the park, which of course is what we were all expecting.

The Z10 is better than previous versions of BlackBerry in several ways and worse in others. That will attract many old-time users to upgrade. However, many others may find staying with the older technology is still better for them. The truth is, as new and advanced as the new BlackBerry 10 is, the older version is still better in several ways for many users. It all depends on what your needs are.

There are many interesting new features and apps if you need them. However, compared to the competition, the number of available apps is relatively small, and that is one key indicator of success.

The Web browser is better but still disappointing. It should sync the Favorites from your computer browser like the iPhone does — but it doesn’t, so you must create your own new favorites file. Aside from that, the browser works better than the previous version in many ways.

There is plenty this device does well. However, with limited apps and functionality — at this stage — the question is will it be successful? Everyone interested will ask this question: Is BlackBerry worth it? The cost is roughly the same, but the features and functionality are not yet up to the same level as the top competitors.

So BlackBerry, if your goal is to be a strong No. 3, keep improving and you may get there — but you are not there yet. You have heavy-duty competitors who aren’t sitting back and handing victory to you.

Make sure you have both the sizzle and the steak. The race is not over. This is still the magical time when good operating systems and handsets can carve out their own niches. Don’t be fooled into thinking your new technology is good enough. It’s not today, but it can be. There is an incredible opportunity if you can crack the code. The market does want you to succeed — don’t let us down. 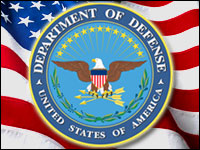