Bloomberg Caught With Hands in the Customer Data Jar

Bloomberg has been embroiled in scandal since news broke last week that its reporters were using the company’s corporate terminals to monitor its customers’ activities. The terminals are provided to the financial community via a separate business unit at US$20,000 a year.

The story began to unravel when the New York Post reported that Goldman Sachs had confronted Bloomberg over the possibility that reporters were accessing its account data.

Goldman became suspicious when a Bloomberg reporter asked about an executive’s whereabouts, noting that he hadn’t logged into his account for a while, according to the Post.

After digging deeper, Goldman eventually concluded that reporters could see what functions corporate users would access and how many times — and even details of customer service chats, according to press reports.

As furor over the snooping built, other institutions reached similar conclusions, finding that they too could have been spied on by reporters.

The Swiss National Bank, for example, told reporters it has opened an investigation into the matter and is in contact with other central banks as well. The list of institutions looking into the matter includes the U.S. Federal Reserve Bank, the European Central Bank, and the Bank of Japan, among others.

Bloomberg is scrambling to put out the fire. Within 24 hours of the complaint, reporters’ access to the information was shut off, spokesperson Lee Cochran told the E-Commerce Times.

Specifically, what the reporters were accessing was a tool that allowed members of the sales team to monitor their customers’ usage of the product to better tailor future offers and renewals.

For the most part, traders appear to be shrugging off the episode — if only because the terminals are so indispensible to their operations. Bloomberg provides extensive financial data on a plethora of financial instruments and services.

Still, it is clear that the reporter access breached a Chinese wall, and if Bloomberg wants to avoid long-term damage to its brand, it will have to make amends.

It can start by making sure nothing like this can ever happen again, suggested Mike Kelly, partner at Brand Value Advisors.

“This is a significant blow” to Bloomberg’s reputation for high-quality journalism and professional services, Kelly told CRM Buyer.

“My sense is that they get a pass for getting caught once. If it happens again, I think there’s a big problem,” he said.

“If there are more transgressions, at best Bloomberg’s premium is eroded and is susceptible to increased competition from the likes of Reuters and Dow Jones,” concluded Kelly. “At worst, they are just another company that spies on and trades in the information of their customers.” 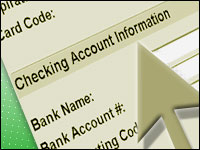