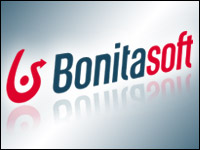 It has been a busy three years for Bonitasoft.

Since its launch, the company has: 1) commercialized its open source business process management technology, which it created out of the Bonita Project in the mid-2000s; 2) pulled in US$28 million in venture funding; and 3) attracted some 600 customers, including national and multinational firms such as DirecTV, Accenture and Old Dominion University.

This week, the company hit a fourth milestone: the release of its first major upgrade. 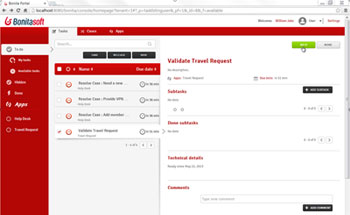 BPM 6 focuses on providing an easier and more intuitive interface and on giving users mobile access for the first time. Also, its new execution engine has been clocked at four times faster than the previous one.

Other changes focus on Bonitasoft’s core strength — its process execution engine — with new APIs for developers.

“These are the areas that we saw would deliver the greatest value for our users,” Miguel Valdes Faura, Bonitasoft’s cofounder and CEO, told CRM Buyer.

“I think most companies grasp the benefit of using a BPM solution for improving processes,” Faura said. “It is up to us as the vendor to offer the easiest, most convenient way for them to access that technology.”

That said, BPM excellence is the company’s ultimate goal. “Simply put, we want to see BPM everywhere in the enterprise,” he added.

Business processes are the heart of any company’s IT backbone, from ERP to CRM. Given its need for accurate business activity monitoring functionality, however, CRM is particularly well-suited to benefit from a strong BPM engine.

Placing that functionality in end users’ hands was part of the reason for the redesigned user interface in Bonita BPM 6. The streamlined interface gives users more flexibility to manage and complete their tasks, Faura said.

“Providing these tools, such as new support for multiple deployment scenarios and testing, makes these people more efficient,” he explained.

Other tools include a new REST API and expanded configuration options for Java API. In addition, Apache Tomcat is now directly integrated into Bonita BPM Studio to streamline testing.

Another first in this new release is that Bonitasoft is offering multidevice support, Faura noted.

Existing users emphasized this as a growing need.

“Clearly that is the way enterprise computing is heading,” Faura concluded, “so of course we needed to support that too.”

The Linux Standard Base: Order From Chaos