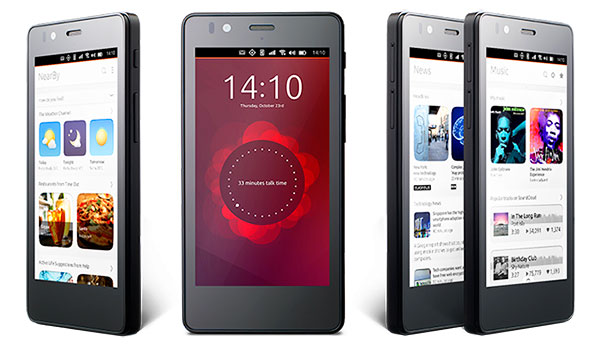 BQ last week opened an Ubuntu global store accessible to anyone who wants to buy an Aquaris Ubuntu Edition handset.

Both BQ and Canonical, which provides commercial support for Ubuntu Linux, have acknowledged network frequency and mobile operator compatibility issues in some countries, including the U.S.

“The purpose is not to go to market now,” said John Kourentis, manager of EMEA sales for Ubuntu Mobile at Canonical. Instead, the goal is to reach interested Ubuntu community members who would like to get a taste of the Ubuntu mobile experience.

The Ubuntu mobile OS was introduced in 2013, but it wasn’t until February of this year that the first consumer model appeared.

All prior models have been limited in both availability and functionality. Though the BQ store addresses the distribution problem, the Ubuntu phones are plagued by the absence of carrier support for 4G LTE and 3G in the U.S.

That’s in part due to incompatibility with carrier networks.

BQ integrates the Ubuntu OS into its Aquaris devices — but based on their radio modems, they are primarily European products, Kourentis told LinuxInsider.

The major differences between the Ubuntu phone platform and mobile platforms delivered by Microsoft, Apple and Google have to do with the financial model rather than technical features.

Ubuntu’s model will prevent the OS fragmentation that has detracted from the Android experience, according to Kourentis.

Most of the other platforms have a central purpose of delivering services of the platform owner.

“Android is a mechanism to deliver Google services by which Google can abstract user data to enable a business model that is based on advertising revenue. Apple is monetized through hardware sales. Microsoft’s ultimate goal is a platform for its services,” said Kourentis.

One OS Fits All

The key attraction of the Ubuntu phone is convergence, said Joe Odukoya, product manager for Ubuntu Phone. That’s the idea of having a single code base that runs across phone, tablet and desktop.

“Other platforms have different versions of their code base, depending on the device. With a single code base on every device, you make it simpler for users and developers,” Okukoya told LinuxInsider.

Canonical has not yet delivered all of that converged platform code, he said, but “the rest will be delivered in the next two releases.”

Who might want a partly functional Ubuntu OS phone?

The possibility of having a new choice in the marketplace is the draw for David Sachs, an independent contractor systems administrator for Windows and Linux — one that’s priced reasonably, that works and is secure.

“As a systems administrator, I keep an eye on security vulnerabilities, and Android has a lot,” Sachs told LinuxInsider. “I am not comfortable running Android for this reason. Android has too many holes in it to be comfortable using it for personal transactions.”

The Ubuntu phone is interesting because it’s something else, he observed — it is not Android.

Although Sachs’ Windows phone is simple and reliable, some of its apps are half-baked, he said, and the iPhone is a more expensive product with a lot of hidden costs.

“Android is not Linux — it just runs on the Linux kernel,” Sachs pointed out. “But then most of its apps are written in Java. I have not used the Ubuntu phone, but I know that its native apps are supposed to be written in QT.”

What’s exciting about the Ubuntu phone is that it has a lot of backing and support and could become a fourth player in the mobile marketplace, he added “It is a platform that will pique the interest of folks who do not have an allegiance to Apple, Google or Windows.”

Both the BQ Aquaris E4.5 (US$185) and the E5 HD (US$218) Ubuntu Editions run on quad-core, 1.3-GHz ARM Cortex A7 processors from MediaTek. The E5 HD stores more data than the E4.5 and has a slightly larger screen with higher resolution.

The E5 runs Ubuntu Touch and has a 5-inch, 720p HD display. The specs include 1 GB of RAM with 16 GB of internal storage, a microSD card slot, and two unlocked SIM card slots.