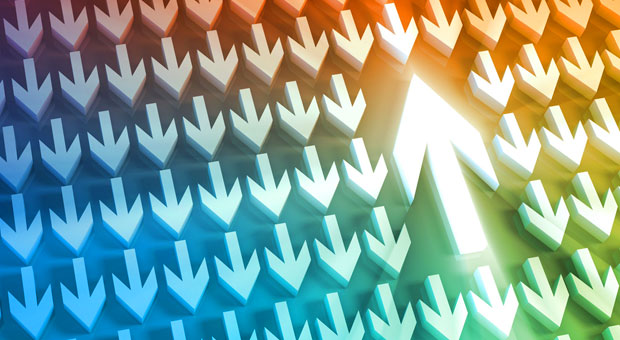 The cable TV industry has been changing over the last decade and lately has been penetrating the wireless space. Brands like Xfinity Mobile, Spectrum Mobile and Altice Mobile have emerged. Cable One, a smaller cable television company, has announced its new brand, Sparklight. Could this be its first step toward offering a wireless service?

When Cable One introduced the new brand name, it said nothing about wireless. However, that’s the direction I think it could be heading — perhaps planning a new service called “Sparklight Mobile.”

The entire cable TV industry seems to be spawning new brands and veering toward wireless. I expect more providers will enter the wireless space by reselling mobile services.

It started with Xfinity Mobile, which resells Verizon Wireless. Then Charter Mobile also began reselling Verizon Wireless. Altice Mobile will enter the wireless space next year as a reseller of Sprint services.

This new wireless strategy seems successful at Comcast so far. It’s different from the way the regular wireless industry operates, however.

The cable television industry has a wireless growth strategy that differs from that of AT&T Mobility, Verizon Wireless, T-Mobile and Sprint. Cable companies are not trying to market and compete on the same level.

Cable TV companies have been using wireless to create a sticky bundle of services in order to expand their customer base and fuel growth.

I have long predicted that as the pay TV industry continued to be challenged by new competitors and new technologies, it would move into wireless to stabilize its hold on the marketplace.

The cable television marketplace has changed dramatically over the last decade. Cable TV once was the main service, and things like Internet access and VoIP phone service were simply additional.

Internet access currently is the main service cable television companies offer. It is the center of their universe. They also offer cable TV or pay TV, VoIP telephone and now wireless — but they are Internet service providers, or ISPs, at heart.

I believe wireless will be an increasingly important slice of their pie going forward. I also believe that wireless will spread from the big three — Comcast, Charter and Altice — to the rest of the cable television industry.

Things are different now. New competition and new technologies have created a shifting marketplace. In this marketplace, every cable TV company needs to have a strong and positive relationship with its customer base. That’s the reason for Cable One’s new brand.

AT&T, DirecTV Now and Comcast Xfinity are the current leaders in the pay TV marketplace, which has seen a lot of change over the last decade.

The disruption started with AT&T U-verse and Verizon FiOS. Next, AT&T acquired DirecTV and created DirecTV Now, changing the pay TV industry with its innovations. It even has started to offer wireless pay TV.

AT&T DirecTV Now is the leading pay TV service in America at present. Add to that its acquisition of Time Warner, renamed “WarnerMedia,” and you can see how well positioned the company is to continue transforming the market and winning.

This is similar to Comcast’s strategy when it acquired NBC Universal several years ago. Today, both AT&T and Comcast are the leaders in the pay TV space.

Cable One’s new Sparklight brand is a fresh take on the changing industry the company competes in. It will help Cable One compete better against an onslaught of new competitors and technologies.

Competing is something cable television companies never had to think about before. Some have been doing a good job transforming their thinking in the last several years. Others have not. In the new world of competition, staying on the cutting edge of marketing will be key to the survival and success of every player in the space.

I firmly believe this Sparklight shift is an indication that Cable One soon will enter the wireless space. We can expect to see the company do just that, perhaps with a new service called “Sparklight Mobile.”

It looks as though Cable One intends to be one of the companies that gets it and that will make an effective transition in this new world. It wants to compete successfully with new companies and new technologies.

That means it understands the new three-legged stool that represents the state of the cable television industry. The top of the stool is the Internet, and the three legs are pay TV, VoIP telephone, and now wireless. Keep your eyes on this changing industry. Things are starting to get very interesting.