The Internet adoption rate in China appears to be slowing, based on a report that shows the lowest six-month increase in the number of Internet users in eight years.

The total number of Internet users in the country reached 632 million by the end of June. That includes the 14.4 million people who joined Internet user ranks in the first half of the year, according to the China Internet Network Information Center’s (CNNIC)biannual report.

“While the Internet remains highly popular among those living in urban areas, usage is not penetrating rural regions where people are poorer and less educated,” Charles King, principal at Pund-IT, told the E-Commerce Times.

“Unless China’s government develops a workable strategy for reaching out to those areas and improving schooling, I expect Internet adoption will continue to lag,” he added.

Most of the growth in the number of Internet users over the last decade (the total was 94 million 10 years ago) has taken place in urban areas. Most of those who use the Internet in China are now doing so via mobile devices.

The country had 527 million people, or 83 percent of all Internet users, who used mobile phones and tablets for access in June. The number of people using mobile devices to access the Internet increased from 500 million at the start of the year.

China has the world’s largest smartphone market, and it is expected to account for 600 million shipments — approximately a third of the worldwide total — by 2018, according to IDC.

Among the top services for Chinese Internet users are news, search engines and messaging services. However, the popularity of social networking sites is waning somewhat, partly because of a failure to innovate and meet the demands of users, CNNIC observed.

Social networking user numbers have dropped by 7.4 percent to 257 million since the start of the year. Many Internet users instead have turned to mobile messaging services, which are considered more secure and less likely to put them in less risk of retribution from authorities for expressing themselves freely.

“It’s hardly news that China rigorously clamps down on Internet usage and users, largely because the government fears the exchange of information or opinions it does not officially condone,” Pund-IT’s King pointed out.

“That stance contradicts behavior in almost every other country and region,” he said, “and it’s uncertain whether China will be able to fully capture the benefits the Internet offers if it continues to apply virtual handcuffs to online exchanges of information.”

“The Internet is important for China’s economy as a means to streamline business interaction with suppliers — and as a means to provide mobile services to Internet users,” said Joe Clabby, president of Clabby Analytics.

The number of people using mobile devices for shopping rose 42 percent over the six months. Payments (at 63.4 percent), banking (at 56.4 percent) and travel booking (at 65.4 percent) all saw dramatic increases of mobile Internet users over the same period. Music, video, gaming, search and group-buying also all saw double-digit increases in mobile user numbers from the start of the year.

“As long as citizens can operate under these constraints, the use of the Internet for business and for services will continue on a strong growth path,” he predicted.

“The stakes are huge culturally and economically, and the smart money currently rests with whoever has the most and biggest guns,” Pund-IT’s King noted. “If it happens, change will likely occur slowly, like any generational shift. However, technology represents a tangible wild card, especially if something emerges that allows Chinese citizens to effectively sidestep government watchdogs.” 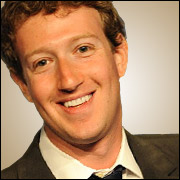