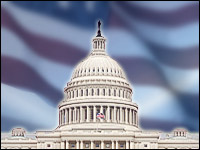 The big number always seems to be there. The big number is the amount of money the U.S. federal government invests in information technology. In constant dollars, that number has hovered slightly above or slightly below US$80 billion per year since 2007, according to TechAmerica.

Still, there are characteristics that are shared by these agencies which apply universally to their procurement activities and that all vendors must observe. One is that funding is subject to Congressional action — or inaction. A second is the public stewardship element and the contracting procedures designed to ensure that taxpayer funds are invested efficiently and in the public interest.

To date, IT vendors have done pretty well dealing with government procurement requirements on the assumption that IT is inherently productive by reducing paperwork and time-consuming tasks. Marketing at the federal level was facilitated by the notion that almost any expenditure on IT was, by definition, worthwhile.

“It used to be that the IT requirement was so great that the government market was relatively smooth. In the future, the need will still be there, but vendors will have to be more aware of the total environment and what agencies are trying to do,” Deniece Peterson, senior manager of federal industry analysis at Deltek, told CRM Buyer.

That environment includes budget cutbacks, reforms in federal IT management, data center consolidation, and migration to innovative technologies such as the cloud. Federal agencies also face increased scrutiny of IT projects and spending by the Office of Management and Budget (OMB) and Congress.

First is the issue of funding. Congress and the Obama administration have agreed that austerity measures are in order for the U.S. government. They just disagree on how much — and how to get there from here.

For fiscal 2012, which began Oct. 1, the government is operating via a short-term continuing resolution which expires Nov. 23, as the Senate and House tussle over various bills which would fund agencies for the full year. According to the Congressional Budget Office (CBO), discretionary spending, including defense outlays, amounted to $1.35 trillion in fiscal 2011. When Congress actually completes the budget process, discretionary spending could tumble to $1.043 trillion in 2012, according to an estimate from Deltek. The $300 billion drop is enough to make all government contractors shudder.

Despite all the politics, and the call for spending cuts, it appears that the annual IT funding level of $80 billion will remain intact for the next year or so.

“There’s a lot of perceived doom and gloom around federal budgets this year,” said Doug Gaines, director of market intelligence for immixGroup. “But IT spending overall will essentially be flat. There may be some declines within some agencies, but we don’t see anything drastic overall,” Gaines told CRM Buyer.

But if the aggregate amount of IT investment remains level, the manner in which it will be spent will change. Different observers have developed their own list of “drivers” that will affect federal IT investing. Following is a sampling of these factors:

That’s quite a menu to digest. But sifting through various market advisories, it is clear that vendors will need to concentrate on a few key building blocks for their future federal IT marketing programs. These include:

“As systems consolidate, it will bring savings to the government and fewer winners for contractors,” said Shawn McCarthy, research director at IDC Government Insights. The current emphasis on utilizing cloud technology, coupled with data center reduction, are major factors behind IT consolidation. That will likely have an impact on the contractor community.

“When there are fewer overall IT systems, fewer contracts will be needed to support those systems. At the same time, the remaining systems will be larger, and they will serve a greater number of end users. Thus, it will become more important for contractors to win those bigger contracts related to those remaining systems,” McCarthy told CRM Buyer.

While it may be comforting to vendors that overall federal IT spending will remain about the same for the next few years, the pie still won’t be growing — so gaining a bigger slice will become a business objective.

“The budget environment is leading to a much more competitive landscape. Growth most likely will come from market share versus market growth,” Kevin Plexico, vice president for research and analysis at Deltek, said at a recent forum sponsored by his firm.

TOS Trivialities Could Become Law if DoJ Gets Its Way

The Federal Government’s Map of the Clouds