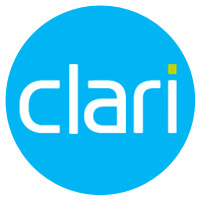 Clari is bursting onto the CRM stage with a mobile sales productivity platform that is coming out of stealth mode, thanks to a US$6 million infusion of funds from Sequoia Capital.

The product, says CEO Andy Byrne, marries “a beautiful design,” with data analytics and mobile technology to create a system that informs reps how to close deals faster, while cutting down on productivity-killing data entry tasks.

The application reduces the amount of “CRM time” for sales reps by 80 percent, according to Byrne. “That translates into freeing up 20 percent to 25 percent of their day for other, more productive tasks such as being in front of customers.” 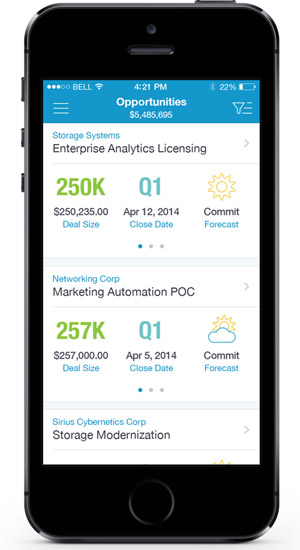 Some clients’ reps were able to reduce the sales cycle by as much as two or three weeks, he added.

Clari made its public debut at the recent DEMO Enterprise conference held in San Francisco, but the application is in use with sales teams at Box, Cisco, VMware and others.

The design was created with the roving sales rep in mind, but there is also a dashboard for managers — a deal progression dashboard — that provides insight into whether or how deals are closing, Byrne said. There are other tools geared to providing insights to manager as well.

Part of Clari’s “secret sauce” is the approach it takes to a rep’s data and contacts, Byrne said. Once a rep enters the relevant details and passwords, the application will connect to all of the sources used on the job, from Dropbox to LinkedIn to Sharepoint to Gmail, to commercial databases and internal applications.

“The system then reorganizes the data around the two things most important to a sales rep — deals and relationships,” Byrne said. “It correlates CRM data with a calendar and serves valuable information to [reps] proactively on their devices.”

Clari also incorporates real-time actionable intelligence into the mix that is based on historical patterns, Byrne said, calling this a data-driven sales approach.

“Most CRM systems do not provide insight into what is happening in the field and what needs to be done to change a possible unfavorable outcome,” he noted.

Clari will compare ongoing deals, such as a rep closing a transaction three weeks before the end of the quarter, with similar transactions from the past.

“We can then can predictively let them know certain actions the rep could take based on historical data that could nudge a deal along,” he said. “We can tell them that ‘at this point in the sales process, if you don’t get into procurement and don’t get an executive sponsor within the next three days, the probability of closing drops down to [the] 20 percent that it is currently.'”

For managers, the system provides a strength indicator on how strong a rep’s forecast is for each deal, “allowing the manager to focus on the deals the rep is most likely to close.”

To do all that, the system relies on a few key elements.

Its cloud service fuels the data presentation piece, unifying and reorganizing the information from internal and external selling sources.

There is a feature called “deal assistant” that focuses on the productivity piece of the sales cycle. It facilitates rep preparedness and communication.

The data science-based selling philosophy of Clari comes through in a number of CRM accelerators. Besides the predictions of which deals to close and the identification of reps that would benefit from more manager focus, these accelerators offer workflow-driven alerts.

“We see elements of this oftentimes in marketing,” Bryne said. “It is still rare to come across it in the sales environment.”