It can be a little tricky talking about how and why media outlets allow, and indeed encourage, the diffusion of their content throughout the Web.

For starters, people tend to be tightlipped about this strategy. No one from CNN, Fox News, MSNBC or Viacom agreed to speak on the record for this article. They are, apparently, much less eager to discuss sharing content than they are to actually share it.

But a public relations manager from CNN, Erica Puntel, did reply to our email (which is more than can be said for the other outlets). And she helped, perhaps unwittingly, shed light on a vocab technicality.

The initial inquiry went thus: “… by willfully handing out embed codes and allowing for their dissemination, you are letting potential visitors access your content on other platforms. As such, you are ‘missing out’ on traffic that you might otherwise be able to garner to your own site.”

Puntel’s response: “By providing an embed code to allow other sites to embed our video, we are getting the traffic — not giving it away.”

To check the legitimacy of the initial inquiry (and my sanity), I confirmed that, indeed, the standard definition of “traffic” was still, “the amount of visitors and visits a Web site receives.” I also again searched for CNN content on other sites, and again found it smattered in any number of places — here and here, to name just a few.

At no point was I redirected to CNN’s home page, nor exposed to the Cialis and Cathay Pacific Airlines advertisements sitting there.

Which left unanswered the question: How does CNN get traffic if people don’t go to the website?

Well, they don’t — at least not by the traditional definition of “traffic.” But that definition has never been subject to as much nuance as it is today.

One of the reasons that websites have always coveted traffic — in the sense that people actually pay a visit to a website — is the cumulative effect of page hits: The more visitors a website gets, the more authority it has in the eyes of Google; the more authority granted by Google, the higher the site will rank when search results come in — which will result in more visitors. It’s a reinforcing cycle.

But more than ever, Google — aided by the inception of its “Panda” algorithm earlier this year — is able to decipher where something originated, even if it is bandied about all over the Web. So Web sites need not get traffic traffic to get that search engine love.

“When you watch a video, you may not have interacted with CNN at all,” Doug Bruso of HTP Company told the E-Commerce Times. “So they’re not really growing their brand with you, per se — you more felt like you were on a different site. But as far as the actual Internet traffic goes, the search authority, they’re going to benefit.”

This means that if a video — like, say, an interview with Herman Cain — gets viewed again and again at myriad different sites, Google is still likely to give preference to the content creator over the content pluckers.

“From an SEO standpoint, if your video gets embedded in 100 places, and your video is blogged about 100 times, that’s a win for you,” Jonathan Bentz ofProspectMX told the E-Commerce Times. “Because it’s very likely in those same mentions the person is saying, ‘I found this article or this video or this graphic on this website.’

“And really the driving force for Google — the only real objective way they can evaluate these billions of Web pages — is who is hyperlinking back to them. In the grand scheme of things, that’s going to make your website more authoritative and more valuable to the search engines. And in the long term, that’s going to help you rank in the Google search engine and help you stay there.”

Another way that media outlets garner traffic without actually garnering traffic is that their embed codes contain specific video players or specific YouTube channels. As such, videos don’t simply float around in the Internet ether; they are housed within a brand-specific player or channel. (In the case of CNN, its logo will appear at the top and bottom of the video, and there will be a link that kindly offers “more CNN Video.”)

This has multiple perks. Now, it’s not entirely measurable — not yet, at least — but the cumulative effect of this branding will, in the long term, be a boon. And not just with search engine results, but in the outlets’ cachet and clout.

In other words, the ease with which people can watch these videos may dilute the number of visitors coming to the site today, but the big-picture gains could be substantial.

As Puntel, the CNN PR rep, put it in her email, “We like having our CNN branded content across the web.”

And Bruso: “It’s branding, just being a persistent brand, showing up in different outlets. They want to stay in your brain at all times.”

In one’s brain is where advertisers would like to be as well. 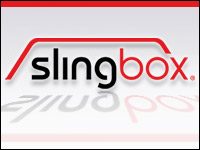 Everything You Always Wanted to Know About Slinging