Dell May Be Dickering for Private Deal

Investors sent Dell stock soaring Monday when reports surfaced that the struggling PC maker is in discussions to go private.

Representatives from the third-largest PC maker are in talks with TPG Capital and Silver Lake about a private-equity investment that would give Dell breathing room to regroup outside the public eye, according to a report from Bloomberg.

Dell has seen its market share decline in recent quarters as PC sales have slumped across the industry. Many consumers have opted to buy mobile devices instead of replacing an old laptop or buying a second computer.

In an effort to counter that slowdown, Dell has been focusing on its corporate hardware offerings, but those initiatives haven’t been quick to breathe new life into the company. It lost about a third of its value last year.

Investors seemed to like the idea of a private deal. The stock surged by as much as 13 percent Monday afternoon when reports broke about the talks. It closed at US$12.29, its highest price since August, and pushed toward $13 entering Tuesday afternoon.

Wall Street is anxious for something more from the company, especially now that it is hoping to compete as an enterprise vendor, said Stephen Patel, analyst at ISI Group.

“Expectations are too high with most investors now expecting success from Dell’s acquisitions and initiatives around networking, storage and services,” Patel told the E-Commerce Times. “Investors will no longer tolerate the slow, lumpy revenue growth or uneven margin performance that Dell has had in the past.”

Dell has not confirmed any reports of private talks. Dell did not respond to our request to comment for this story.

Such rumors have surfaced before about Dell. At a meeting with investors and analysts in 2010, CEO Michael Dell admitted his key acquisitions and significant layoffs hadn’t been enough to keep the stock price steady and remain competitive against companies like HP and IBM.

Now, with PC sales even lower than they were in 2010 and competition from companies like HP and Lenovo even more fierce, the time is once again right to explore alternatives, however imperfect they may be, said Carr Lanphier, analyst at Morningstar.

“Going private is a real option for Dell,” he told the E-Commerce Times. “Will it be expensive? Yes. Will it be difficult to get funding? Yes, but the reality is that when Dell hit its low point at $8.86 per share in November, more than 40 percent of its value came from its net cash balance.”

A private deal also might be more realistic for the company now that has changed its overall outlook, Patel pointed out.

Challenges for Company, Not Consumers

Still, any deal for Dell would be a big one, said Lanphier, and it might be tough for the company to make sure it comes out on top. Shareholders would most likely be happy with any price above $14 per share, said Lanphier. That’s still well below its highest historic price.

“Dell isn’t in the best position to bargain at the moment because most private-equity firms will have difficulty finding funding for such a large acquisition. Dell’s low valuation could also prompt shareholders to demand unreasonably high prices, which could torpedo any deal. And any deal would almost certainly require Michael Dell’s capitulation.”

Whatever road Dell takes going forward, consumers are unlikely to bear the brunt of any major changes, said Lanphier. There is a possibility that the company would be operated as-is by a private-equity firm, which would mean no real change for consumers. Even if it were sold to a competitor, Dell’s PC supply would probably remain consistent.

The overall PC landscape might see the bigger change if Dell goes private, Lanphier pointed out, although that depends on what kind of deal the company wants to cut.

“It’s feasible that Dell’s businesses could be stripped down and sold off to competitors, which would allow for substantial swings in market share,” he said. “It’s also possible that Dell could reorganize itself outside of the public eye, go through a couple of tough years to trim its non-strategic segments, and come back a leaner, higher-margin company.” 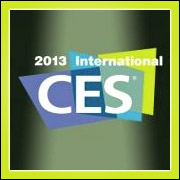 Using 2 Monitors in a Windows 8 Environment