Google is moving ahead with its long-delayed launch of Android Wear 2.0, an operating system for its emerging wearables ecosystem, which finally could decouple the smartwatch from the smartphone.

A notice to developers states that Android Wear 2.0 will launch in early February, Android Police reported Wednesday. The notice alerts developers using a legacy embedded APK mechanism that those particular apps were not optimized for Android 2.0.

It instructs developers to follow the Android 2.0 App Distribution documentation to make sure their app can be found in the new on-watch Play Store.

Google reportedly has been working on two new smartwatches, code-named “Angelfish” and “Swordfish,” and their release is expected to follow the new Android 2.0 release.

The plans come at a critical time for manufacturers competing in the wearables category. Its failure to flourish has resulted in financial disruption and controversy in recent months.

Whether Apple has been transparent on sales of its highly touted Apple Watch — one of the priciest wearables in the industry — has been the subject of speculation among industry watchers.

The Apple Watch relies heavily on interactions with the iPhone.

Another smartwatch industry development was Fitbit’s acquisition last month of Pebble’s intellectual property and key staff members. There previously had been rumors that a deal was in the works, as Pebble was struggling under the weight of steep financial debt and limited distribution.

“The addition of standalone apps and cellular connectivity are certainly steps in the right direction, as the separation of smartwatch and smartphone is crucial to smartwatch adoption,” said Jishesh Ubrani, a senior research analyst for WW mobile device trackers at IDC.

Beyond that, other additions — like Play Store support and messaging — are necessary, he told LinuxInsider.

The lack of Android Wear branding in many of the new product introductions is a concern, however, Ubrani said.

“The successful implementations of Android Wear so far have been very specialized and focused on the watch, fashion or lifestyle brand rather than the Android Wear branding,” he pointed out.

For example, the Michael Kors smartwatch focuses heavily on fashion, while Casio’s line of watches focus more on the outdoor- and sports-related features, according to Ubrani.

Just last week, Casio announced at CES that the WSD-F20 Smart Outdoor watch, a wearable that features a low power GPS, will debut in April on the Android Wear 2.0 platform.

Michael Kors announced its Access line of smartwatches through a partnership with Google’s Android Wear.

“Google is trying to support a large number of manufacturers and designs with Android Wear 2.0,” said Paul Teich, principal analyst at Tirias Research.

The long delays likely were due to interoperability testing and bug fixes, he told LinuxInsider.

“They want the wear 2.0 kernel and core apps to behave well before the release, and that means running on many different platforms and playing well with a wide range of smartphones,” Teich added.

The smartwatch market is still waiting for the killer app to take it to the next level, observed Kevin Krewell, also a principal analyst at Tirias.

“The functionality of a smartwatch is fine for basic notifications as a smartphone peripheral,” he told LinuxInsider, “but it needs to get beyond the basics to rationalize the expense.” 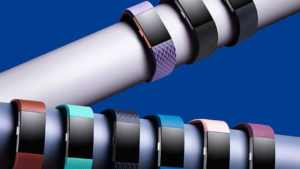