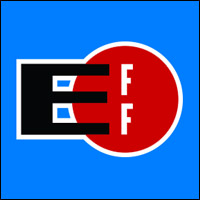 The Electronic Frontier Foundation on Wednesday filed suit against the Department of Justice seeking to learn whether the federal government secretly ordered technology companies to decrypt the private communications of their customers.

Such orders could place millions of customers in harm’s way, the complaint says.

The suit, filed in U.S. District Court in San Francisco, seeks the release of records originally requested last fall under the Freedom of Information Act.

The EFF in October filed a FOIA request with the DoJ, seeking records on applications made to the Foreign Intelligence Surveillance Court, including requests for technical assistance under the Foreign Intelligence Surveillance Act. It also asked for any written opinions and orders, as well as correspondence with Apple and any other companies involved in such a technical request.

The letter was based in part on a New York Times report that the government wanted Apple to provide real-time access to its customers’ encrypted iMessages, according to this week’s complaint.

Apple’s response was that it could not accommodate the request because it could not decrypt the messages, says the complaint, citing the published report.

The DoJ in December indicated that two pieces of correspondence might fit the FOIA request, but it maintained they were exempt from disclosure under the Act.

The EFF filed an appeal in January, claiming that the department had not conducted an adequate search for the requested documents and that it improperly withheld documents found during the search.

The DoJ earlier this month denied the appeal on what it termed “partly modified grounds.”

There have been published reports that government sought orders to compel companies to hand over source code to investigators, so that it could find and exploit vulnerabilities for its own purposes, according to the EFF complaint.

The EFF views the government’s response to its information request as purposefully narrow, said Aaron Mackey, the Frank Stanton Legal Fellow at the foundation.

Its intent was to limit disclosures to requests for information about iMessages, which was not an adequate response, he told the E-Commerce Times.

“If you look at what our request said, it was broader than that,” Mackey pointed out. “We want to know whether you’ve used this with any communications provider.”

The DoJ declined to comment for this story in light of the pending litigation, spokesperson Nicole Navas said.

The EFF case concerns one of several requests made of the DoJ in connection with requests for information from technology companies.

The ACLU filed a request for information on requests made under the All Writs Act, seeking help with accessing the data on encrypted phones, according to spokesperson Josh Smith.

If filed that request in February, at the height of the battle over whether Apple should help the FBI create a backdoor access point to recover data from the encrypted iPhone used by one the San Bernardino terrorists.

The ACLU so far has not received any response from the government regarding its request, Smith told the E-Commerce Times.

Apple, Yahoo, Google and Facebook have enhanced their use of encryption, in part due to Edward Snowden’s 2013 revelation on government surveillance of citizens, noted Ross Schulman, senior policy counsel at New America’s Open Technology Institute, in a post published last month.

Although the OTI has never filed a formal FOIA query regarding any government decryption requests, the EFF filing is an interesting case that deserves answers, Schulman told the E-Commerce Times.