Ellison Hands One Rein to Catz, the Other to Hurd 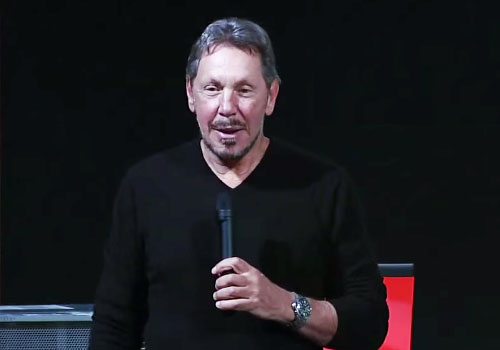 Larry Ellison, founder and CEO of Oracle since 1977, has passed the leadership to not one but two successors: copresidents Mark Hurd and Safra Catz. Ellison will remain part of the executive cadre in the position of CTO. He also will serve as chairman of the board.

The announcement, which came late Thursday, prompted equal parts reflection and speculation. Ellison is credited with helping to usher in computing and enterprise software’s golden age. He was one of corporate America’s most colorful CEOs, entertaining legions of reporters and industry observers with his various exploits.

Given his outsized personality, Ellison is hardly likely to fade to black. However with titular control now in the hands of two executives, it is only natural to speculate about the company’s future path.

To a certain extent, Oracle will carry on business as usual. Both Hurd and Catz have been running large portions of the company for years, leveraging their complementary strengths.

Still the announcement of the new organizational structure did not immediately inspire confidence.

“On its surface, the recent Oracle power-sharing deal sounds crazy,” said Joel Trammell, CEO of Khorus and author of The CEO Tightrope.

“These sharing arrangements almost never work, as it typically adds confusion and slows down decision making,” he told the E-Commerce Times.

However, “there is no question to anyone at Oracle that Larry Ellison is still in charge,” Trammell added. “It is his company, and ultimately he will be an active chairman that makes all the tough calls.”

In short, concerns about Ellison’s departure are valid — just a little early. Eventually Ellison will have to step down, Trammell said.

“At 70 years of age, even he can’t stop the inevitable march of time. At some point, difficult decisions will need to be made about how to make a smooth transition at the top.”

Even if Ellison continues to make the last and hardest calls, the elevation of both Catz and Hurd to CEO is bound to cause some upheaval and disruption at the company, given their very different personalities, observed former Oracle executive Jeff Seabloom, who is now a managing director at Alsbridge.

“Safra, although tough, is fair — and the sales teams know what to expect and how to engage,” he told the E-Commerce Times. “Safra is trusted and really, really gets it, on all sides. I sat and worked with that team — never have met a more detailed, smarter executive. She will define Oracle and protect it.”

Hurd is the real wild card in this discussion, Seabloom said.

“The masses are mostly loyal to Oracle, and Larry is a superstar they all follow and respect. Mark has a history of ‘tension’ with sales teams — both at HP and, some recent departures suggest, at Oracle as well. No secret — he sometimes is a lightning rod.”

The Industry Is Shifting

For all the proverbial bumps in the road this transition will bring, a case can be made that the time is right for Ellison to scale back his influence.

In many ways, it is reflective of what is happening in the tech industry right now, said Paige O’Neill, CMO of SDL. O’Neill worked at Oracle for 10 years, between 1995 and 2005.

“Larry is a brilliant visionary and technologist, making the industry more colorful with his predictions, insights and opinion — many of which have even come true,” she told the E-Commerce Times.

“For example, he started the conversation around a ‘network appliance’ being a device to serve up intelligent apps from the Internet, which is exactly what we have today with iPhones, iPads and tablets.”

Now the state of the industry calls for a different kind of leadership, said David Levine, portfolio manager for the Aspect Large Cap Value Portfolio on Covestor.

“Ellison is the epitome of the founder/visionary/builder,” he told the E-Commerce Times, whereas the current situation calls for more of a manager/operations person.”