Evernote for Android Could Make the Pen Mighty Again 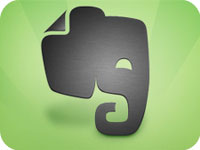 Evernote this week launched handwriting capabilities in its app for Android, offering a long-awaited extension of some of the functionality it brought to iOS when it acquired Penultimate back in 2012.

“Sometimes there’s no better way to capture an idea than to write it down or sketch it out,” wrote Andrew Sinkov of Evernote’s marketing team in a Wednesday blog post. “Whether a graph from a meeting, an equation from class, or an inspiration while traveling, handwriting can be the most direct way to express what you’re thinking or seeing.”

The new feature arrives as part of an update to Evernote for Android that includes an improved note editor with a new highlighting option and better ability to handle notes created on other platforms, as well as a faster camera with improved focus and autofocus options.

In bringing handwriting capabilities to Evernote for Android, “our realization was that a fluid handwriting experience would be one that lets you easily move from writing to typing to taking photos and back all within a single note,” Sinkov noted.

Accordingly, the new capabilities are designed to enable just that — allowing a chemistry student, say, to type notes, draw a chemical structure, and record audio during a class — all within the app.

Once in a note, users need only tap the app’s paperclip icon and then tap on the pen to launch the handwriting feature. With two fingers, they can navigate the handwriting area, adding more space if needed. They can then continue typing, add an attachment, record some audio, and drop an image into the note.

‘You Can’t Always Speak to Your Phone’

“One of the great weaknesses of mobile devices is input,” Paul Gillin, blogger, podcaster and author of Attack of the Customers, told LinuxInsider. “People want to use handwriting all the time.”

Instead, mobile devices today force users onto soft keyboards, while technologies such as SwiftKey are “imperfect,” Gillin said. “We rely on autocorrect, which creates as many problems as it solves.”

Google has been doing “a pretty good job” with voice recognition, but “you can’t always speak to your phone,” Gillin added. “There are many situations in which talking would not be appropriate.”

“That appears to be true in the Evernote case as well, but not as much as before,” he added.

The technology isn’t one that will just “arrive” one day, Gillin predicted. Instead, “it will just get better and better.”

The goal is “to get to a point people can reasonably emulate without having essentially to relearn how to write — where you can reasonably write in a format the machine can understand without too much effort,” he suggested.

Evernote’s latest effort is “incrementally better,” Gillin added. “I don’t think it will break through and take the market by storm, but it will make it possible for more people to use handwriting recognition, and that’s great.”

The ability to create a handwritten note or draw a diagram or picture is going to be useful “at the margins,” Greg Sterling, founder and principal analyst with Sterling Market Intelligence, told LinuxInsider.

“In certain contexts and for certain types of professionals, it may prove more valuable,” Sterling added.

“However,” he concluded, “overall I don’t see this as a dramatic development for Evernote or for Android users.”