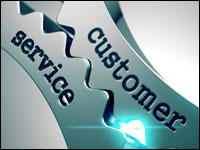 Staff engagement is a key component in a telco’s ability to positively impact customers, based on new data from InMoment.

The company recently conducted a survey of 11,000 North American customers of Internet, mobile and TV services and found that telecommunications companies’ customers just plain hate them.

Telcos are turning to self-service, automation and artificial intelligence applications like chatbots, but these tools are appropriate only in some scenarios, InMoment suggested.

In many parts of the telco customer journey, positive human interactions are essential and contribute to a good user experience, the company maintained.

Telcos should emphasize emotional IQ, or EQ, in hiring and training personnel with high emotional intelligence for all client-facing roles, the study recommends.

This holds true especially for physical locations where elevated support issues likely will be handled.

“A huge indicator of whether support staff have what it takes for successful customer interactions is whether they really listen to and understand the issue,” said Andrew Park, director of CX strategy at InMoment.

Support staff “must be creative problem solvers, looking at each opportunity as an interesting puzzle to solve rather than a problem to get through,” he told CRM Buyer. They “should also be comfortable making smart, timely, yet empathetic decisions.”

Telcos should pay greater attention to emotional trends and related areas of weakness, the study suggests.

“We recommend [telcos] hire for connection, train for skills,” Park said. “It’s much easier to train personnel on facts than [instill] emotional and personality traits that may not come naturally to everyone.”

Customer satisfaction fell at the one-year mark, no matter which service was used, as did the likelihood of a customer recommending the service provider to others, according to the survey.

Satisfaction over support staff knowledge, ability, efficiency, friendliness and helpfulness fell significantly at the one-year anniversary mark, and fluctuated throughout the term of a customer’s contract with the provider.

For many lines of service, the metrics showed no recovery of satisfaction.

Bill payment frustrations also peaked at the one-year anniversary mark. Both the ease of understanding a bill and the ease of paying it posed problems.

Customers who had switched providers in the previous year rated key areas of the user experience lower than those who had not switched, but they still were more likely to recommend their second provider.

Most major telcos have proactive outreach programs in the first year of their relationship with customers, but the outreach diminishes over time, the study found.

Many promotional offers expire at the one-year mark and a customer’s bill after that may differ from expectations. Customers were less willing to tolerate frustrations after the promotional period.

How Telcos Can Resolve the Problem

Telcos can invest in new technologies, such as remote diagnostic tools with video capabilities, the study suggests. That said, customer resolution strategies should include the option of human intervention with automated self-service solutions.

Sophisticated automation technology, such as AI chatbots, can understand what customers are saying in real time and trigger relevant follow-up questions to better understand what the next best action might be, Park observed.

“For instance, if an AI chatbot detects a customer’s experiencing escalating frustration based on their word choice and sentiment, it can ask whether the customer would like to be immediately routed to a human for more personalized care,” Park said.

Service reps who work well with people “are hard to find and command a higher wage than traditional service reps, who are often hired because they’re cheap,” observed Michael Jude, a research manager at Stratecast/Frost & Sullivan.

“Rather than treating customer service as an unavoidable overhead, operators should view it as the point of it all,” he told CRM Buyer. “A good customer service rep can upsell and reduce churn simply by being facilitative.”