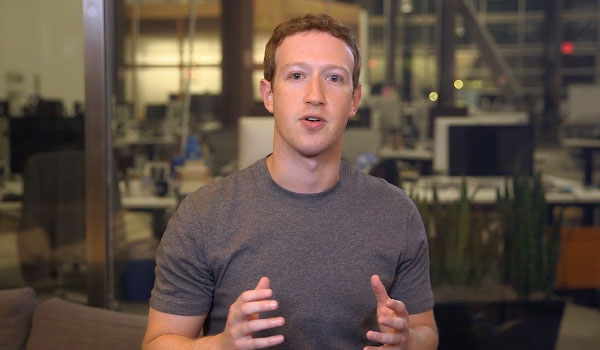 Facebook on Monday announced it was scaling up Internet.org, creating a partner portal that makes it easier for mobile operators to offer its free basic services in new countries.

Those basic services are bringing new users onto mobile networks more than 50 percent faster, and more than half of them pay for data and Internet access within 30 days of signing up, Facebook said.

“Our focus is on providing Internet access to those currently without it,” said Facebook spokesperson Derick Mains.

CEO Mark Zuckerberg envisions it as a “911” for the Internet.

Together with six partners — Samsung, Ericsson, MediaTek, Opera Software, Nokia and Qualcomm — Facebook launched Internet.org one year ago this week in Zambia. The service is now available to more than 1 billion people in 17 countries from a dozen mobile operators.

Facebook last year set up the Connectivity Lab to explore ways of offering affordable Internet access around the world. The lab is exploring various technologies, including high-altitude long-endurance planes, satellites and lasers.

Altruism and making money can coexist, “but that has to be a goal from the start,” he told the E-Commerce Times, “and I don’t think altruism is at the core of this initiative.”

The Internet.org service has sparked several complaints. One is that it violates the principle of Net neutrality, because it deals with only one carrier in each of the countries where the service is provided.

Facebook now says it will work with any number of carriers.

That decision “is not enough to preserve Net neutrality, but I doubt that’s Facebook’s primary or even secondary concern here,” commented Pelz-Sharpe.

On the other hand, “we don’t have a consistent definition for ‘Net neutrality,'” noted Rob Enderle, principal analyst at the Enderle Group, “and chasing a fluid concept is simply an exercise in frustration.”

Privacy is another concern, because all traffic from Internet.org flows through Facebook’s servers, and the company is not known for its protection of users’ privacy.

“Facebook is in this to make money — not to preserve privacy. In fact, any ad-based revenue model is at cross-purposes with privacy preservation,” Enderle told the E-Commerce Times.

Further, it would be a normal business practice for Facebook to run the traffic through its own servers, because it’s providing the Internet access over carriers’ backbones.

“Internet.org doesn’t share user-level navigation information with any of its partners, and there’s no requirement for partners to send Internet.org any of their user information,” Mains pointed out.

Some navigation information is received because Internet.org needs to determine what traffic can be delivered free of data charges, but it isn’t stored after 90 days, he said.

Security or the Lack of It

Facebook bars developers from encrypting their apps for Internet.org with SSL, TLS or HTTPS, thus exposing its users to the possibility of being hacked.

That prohibition has given rise to criticism that may have prompted a policy change. Internet.org has promised that it soon will support SSL and TLS encryption in its Android app.

However, it won’t support encrypted content and services on the mobile Web in the foreseeable future.

“Encryption by default scrambles data and makes it difficult or sometimes impossible to mine, so it’s not in Facebook’s interest to support it,” suggested Pelz-Sharpe.

Also, encryption “is resource-intensive and [Internet.org] has to be a very low-cost service,” Enderle said.

The demand for encryption isn’t that high — and it isn’t a priority, given that Internet.org has virtually no competition, he pointed out.