The world’s largest social network reported revenue of US$1.46 billion, a 38 percent bump from the same time a year ago. Net income jumped to $219 million, a 6.8 percent increase. Revenue from advertising accounted for $1.25 billion, or 85 percent of total revenue. Wall Street had expected Facebook to bring in $1.44 billion in revenue.

Users also grew during Facebook’s most recent quarter. The company now has about 1.11 billion monthly active users, a 23 percent increase from last year. In March, the site drew an average of 665 million users per day, up 26 percent from a year earlier.

Facebook continued to grow its mobile user base. The network’s monthly active users on smartphones and tablets jumped to 751 million, up 54 percent from the same time a year ago.

As the social network prepared to launch its IPO about a year ago, Facebook admitted that it faced significant challenges with monetizing users who are increasingly logging in via their mobile devices.

However, over the past year the company has moved to draw advertisers to its mobile platform, It also launched Facebook Home, the Android-compatible mobile software that replaces a smartphone’s homescreen with the social network’s content.

One of Facebook’s priorities was to build “the best mobile product” and monetize it, company CEO Mark Zuckerberg said during a conference call following the earnings report.

“Facebook is facing its challenges head-on,” Joelle Musante, director of operations at Affinitive, a Project: Worldwide agency, told the E-Commerce Times. “With the plethora of apps out there, by rolling out Facebook Home for mobile they are attempting to keep their users in the fold.”

Though Facebook Home wasn’t a runaway hit, the company’s mobile efforts seem to be paying off. Mobile advertising brought in $375 million in revenue during the first three months of the year, accounting for 30 percent of the site’s overall ad revenue. That’s up from the 23 percent it accounted for during the same time a year ago.

Still, the company needs more than one solid quarter to prove it can sustain a leadership position in the mobile advertising space, said Brian Wieser, analyst at Pivotal Research Group.

“Almost any reaction to near-term mobile results is likely unwarranted,” he told the E-Commerce Times. “However, with the launch of mobile app install ads and other products which focus on developers of mobile apps, growth in mobile since that product’s launch and into the future may prove to be incremental.”

Outside of the Mobile Box

The company’s efforts with mobile monetization are commendable, said Darren Hayes, professor at Pace University’s Seidenberg School of Computer Science, but it isn’t the only company that is figuring out how to make the most of the mobile market.

“One of the challenges for Facebook is going to be Google,” he told the E-Commerce Times. “Google has such control over the whole market and they’re really competing with one another. Facebook is in a vulnerable position when you think of the strengths that Google has in the mobile market.”

Zuckerberg addressed a question during the conference call that seemed to reference Google Glass, the search company’s attempt at a wearable connected device. Zuckerberg admitted that technology is advancing towards creating devices that make communication easier, and said that Facebook would be able to deliver ads on whatever form factor emerges.

That might be the case, said Hayes, but a reliance on advertising isn’t a sustainable business model in the industry.

“Ultimately Facebook is going to have to diversify into other industries and really think outside the box,” he said. “They’ve got a lot of competitors in the Internet space and in this market, consumers are very fickle. There’s already a worry about young people moving away from Facebook and on to other social media, and that is a challenge they’re going to have to face.” 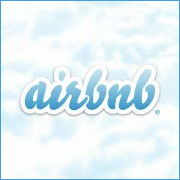 Airbnb Declares No Vacancies for Anonymity