Facebook Taps Barra to Push VR to the Next Level 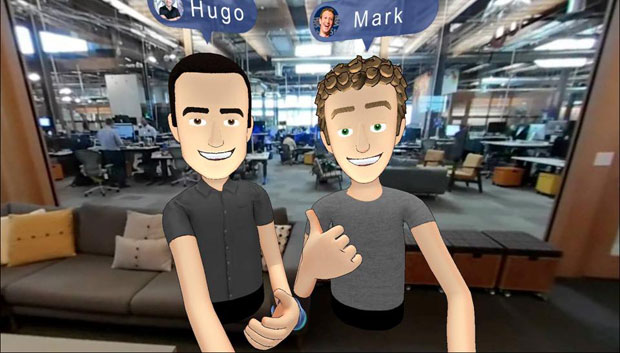 Facebook on Wednesday announced that Hugo Barra would be onboarding the company to head up its virtual reality business, including the critically important Oculus team. Barra just days ago announced his departure from Xiaomi.

Barra will fill the void left last month, when Brendan Iribe stepped down as CEO of Oculus to head up a new Facebook unit that will develop the personal computer side of its VR business. Jon Thomason will lead the mobile division.

Facebook CEO Mark Zuckerberg’s announcement was accompanied by an image showing the two men together virtually, since Barra was still in China closing out his tenure at Xiaomi.

“Hugo shares my belief that virtual and augmented reality will be the next major computing platform,” Zuckerberg noted. “They’ll enable us to experience completely new things and be more creative than ever before.”

If the Headset Fits

“Facebook is a perfect fit,” said Karol Severin, an analyst at Midia Research.

“He brings a well of international experience from countries that are key to Facebook’s future growth,” he told the E-Commerce Times.

Oculus is Facebook’s first major attempt to unlock hardware revenue and to build a the next-gen platform/mobile life ecosystem around VR/AR,” Severin explained. “Barra’s [Android] experience with OS, combined with hardware and international business [at Xiaomi] makes him an outstanding fit.”

In addition to his deep background in technology, Barra has a well-developed public persona, noted Roger Kay, principal analyst at Endpoint Technologies.

Ultimately, his appointment could force some of the original Oculus team to move into the background, he suggested.

One who might be displaced is Oculus wunderkind Palmer Luckey, lately embroiled in a high-profile legal dispute.

News of Barra’s appointment came just a week after Zuckerberg and Luckey both took the witness stand in a US$2 billion case brought to trial by little known technology firm Zenimax Media, which claims a former executive stole its proprietary data and used it to develop the Oculus Rift headset.

“Likely the entrepreneur will go his way or step back into a technical advisory role as Barra takes the operating reins,” Kay told the E-Commerce Times.

“Virtual reality is compelling but focused,” he added. “It doesn’t have the general application that augmented reality does.”

The potential market for Facebook is vast, according to Lewis Ward, research director for gaming and VR/AR at IDC.

Facebook may be thinking about a mobile strategy that spans AR and VR hardware, software and services, he told the E-Commerce Times.

“We think the mobile AR app user base alone will top 400 million by the end of 2018,” Ward said. “I suspect that Facebook is going to try and pivot towards mobile AR/VR use cases in the next year or so, and Barra will probably be front and center.”

Barra is an “interesting choice” to lead the Oculus team, given that his primary experience has been in the mobile space with Android and Xiaomi, remarked Charles King, principal analyst at Pund-IT.

Xiaomi did bring its Mi VR device and platform to market, he pointed out.

“Given the growing interest in VR platforms that leverage smartphone platforms, Barra could be just the guy to get Facebook’s VR business on track,” King told the E-Commerce Times, “but I believe his history of success as an executive is just as or even more important than any VR-specific experience.”

In the nearly three years since Facebook acquired Oculus, the company has yet to demonstrate much in the way of returns for that outlay, he observed. “Hiring Barra may well indicate that Facebook’s management has decided that the folks who came to the company with the Oculus deal have had their chance, and that it’s time for an adult to handle the reins.” 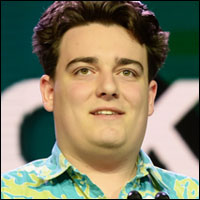