Falcon Pro (for Twitter) Is a Newshound’s Best Friend 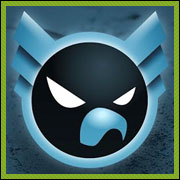 Falcon Pro (for Twitter), an app from Joaquim Vergs, is available for US$0.99 at Google Play.Falcon Pro (for Twitter) pitches itself as “the ultimate Twitter experience on Android,” and whileone can usually take these app-store hyperbole laden statements with an idiom-ladenstatement — in this case a grain of salt — there is one thing that I’m looking for in a Twitterclient that Falcon Pro promises.

It’s something that I find hard to believe other clients haven’t delivered — and believeme, I’ve tried many of them, including TweetCaster.

What I’m looking for — the newshound that I am — is functionality whereby Twitter’stweet timeline automatically refreshes on the screen with a real-time, actual tweet,rather than a hyperlinked notification that a certain number of new tweets are available.

The universally found hyperlinked notification that a certain number of new tweets areavailable requires the further step of clicking the hyperlink to reveal the actual tweet text. 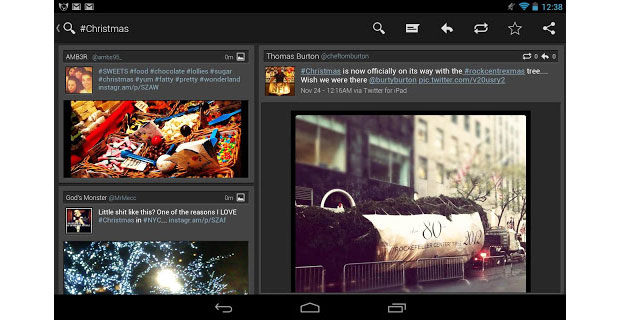 There’s a reason that the entire text isn’t delivered without a manual request. It’s todo with server load — but I can’t believe it has taken until now for a Twitter client toovercome the issue.

For this case, I hope that some of the $0.99 I gave Joaquim Vergs, the publisher of Falcon Pro (forTwitter), is going to make its way back to Twitter’s sparkly, yoga studio-dripping, mid-market San Francisco art deco headquarters to pay for the server load, and Twitter isn’t going to abruptly disable my now continually refreshing news feed. Art deco costs money.

I have set the Falcon Pro client to refresh with the real-time, actual tweets at themaximum rate of every two minutes, and I’m sure many others are setting the samerefresh rate. Works great.

For nostalgia buffs: I seem to remember that tweets used to refresh with text back in theold days.

Scrolling feels remarkably fast and smooth, and notifications expand cleverly into aninternal mini browser — a short press on the tweet itself opens a details pane. Whileyou’re reading the abstract, any tweet-included hyperlink opens in the browser pane.

This is a neat solution for handling the extra time required for a graphically full, Webpage styled, hyperlinked page load.

A widget is available for Android 3.0 and above; plus, there’s a $1.99 Falcon Pro Donateversion with Falcon wallpapers and a quick tweet feature that lets you tweet from thenotification bar and supposedly reduces battery drain.

I didn’t go for the $1.99 Donate version because I don’t tweet that much — I’m a lurker –and I personally don’t like the Falcon graphical identity prevalent in the wallpapers. It’svery dark — almost gloomy.

But to each their own and De gustibus non est disputandum.

If Vergs creates a more airy, light-themed version — a simple matter of reversing colorswith black to white and vice versa — he may see a further donation from me, assumingmy real-time timeline hasn’t been cutoff by Twitter by then.

This is a fast Twitter client that is undoubtedly the best ever seen at Android — not only inits functionality, but also in its scalability. I plan to install it on my Telechips SUNCHIPS CX-1 mini Android PC hooked up to a television and run my own always-on, everupdating Twitter feed in the corner of my office.

I’ve written about getting Android onto your TV without using restrictive Google TV before. Falcon Pro is tailor-made for TV-based Android.