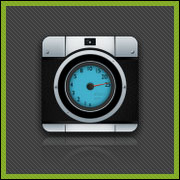 I’ve reviewed camera apps for Android OS before, and I’ve been particularly fond ofVignette from Neilandthersa, with its 76 customizable photo effects including infrared.That app is superior to market leader Instagram.

I’m now raving about Camera Zoom FX from Androidslide that I believe to be thebest Android camera app out there, based on sheer image quality and pro-friendlyadjustability, like white balance. 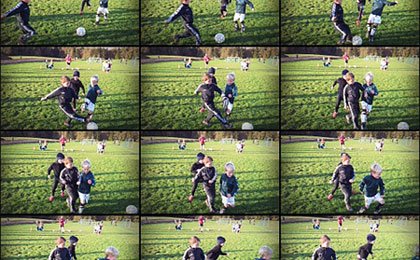 However, Spritefish claims that Fast Burst Camera can take up to 30 photos per second –and if true, that makes it the fastest camera app available for Android, and faster thanCamera Zoom FX that claims 10 per second.

I decided to take a look at the full version ($3.99 in the Google Play Store) whichsupports flash, focus and zoom.

Why would anyone want to shoot 30 frames per second, you may ask?

Well, there are two principal uses. One, you can use it to study form. That is, have abuddy shoot your golf-swing or other sporting moves.

You then go back over the multiple images, and study exactly what mistakes you made –frame by frame.

Or you can use it to snap a whole bunch of images, called a “burst,” and simply choose thebest one, deleting the failures.

Bursts work best with action shots, like sports — and not, as I discovered, inanimatesubjects like landscapes. In that case, you just end up with a memory card full of thesame image — the only variation being when you shake the camera, as you naturally doover time.

In tests I was able to obtain machine-gun-sounding bursts of 51 shots over 5 seconds,making rates of about 10 shots a second — not the advertised 30 per second.

This shortfall was likely due to the now 1-year-old and ancient, dual-core 1GHzNvidia Tegra 2 processor in the Motorola Photon phone that I was using.

You can expect better results in higher-end — read newer — phones, according to the apppublisher.

I didn’t even bother testing with the low-end Samsung Galaxy Y I often use formetaphorical checksum.

But the lethargic 10 shots a second didn’t really matter. It was still fast enough, and I was able to accumulate a hundred or so consecutive images in a couple of minutes. And that was with gaps in the action while I messed around withsettings.

My smartphone camera is capable of an 8 megapixel resolution image and canuse 3 or 4 megabytes of space to hold that data when taking single shots. However, imagescaptured with Fast Burst’s default settings were coming in at 718 x 574 pixels and using300KB of space — that’s a lot less data than an image contains in normal shooting.

Reduced file size equals fewer pixels captured, and if you plan to blow up imagesor perform major post-production surgery on the images, you’ll be disappointed inappearance.

You won’t notice this degradation in casual, on-phone viewing. However, you’re notgoing to be winning photo contests.

Again, let it pass. It doesn’t really matter — it’s not the point of this app.

One bonus feature that became apparent as I was using Fast Burst was that in single-shotmode — when you press the shutter button once to capture one image rather than holdingthe button for burst capture — the camera recovers faster as it readies for the next shot thanit does with stock, and other camera apps.

You can shoot multiple images manually much faster with Fast Burst than with otherapps I’ve used.

I wrestled with my scoring on this app. Resolution was significantly lower than withstock and other photo apps — yet did it matter? This app performs a role, a specificpurpose — namely action shots.

You ain’t going to make sports photographer of the year. It can’t do the aperture-adjusted, blurred background required, for one.

But, if you want to get some good family sports shots — or study form professionally or atthe amateur level — it’s the right tool for the job.