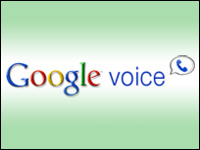 If you view AT&T and Google as squabbling high-tech siblings and the Federal Communications Commission as the harried parent, then AT&T has won the latest round of attention-getting theatrics, thanks to the FCC’s Friday decision to investigate Google Voice.

It was the carrier’s initial complaint against Google in late September that prompted the government’s probe regarding Voice, which the search engine maintains is a software-based application and not a wireline telecom service. However, AT&T says Google blocks certain calls to rural areas using Voice, and if it can’t do that, then neither can Google.

The FCC is asking for more information about Voice, Richard Whitt, Google’s Washington telecom and media counsel, acknowledged in a Friday posting on the company’s Public Policy Blog. Google’s contention, Whitt repeated, is that it restricts Voice calls going out to certain numbers because their local carriers charge higher-than-usual termination rates and maintain a profitable relationship with adult chat lines and free conference calling services, resulting in so-called traffic pumping to drive usage. Voice would not be a free service — one that unifies your home, mobile and work lines into one number while also providing features like texting of voicemail — if it had to pay those higher rates, Whitt said.

“Some have pointed out that AT&T’s complaints are hypocritical given that in the past they have asked the FCC for permission to block calls to these rural areas as well. Why? For exactly the same reasons we restrict them — the exorbitant termination rates,” Whitt wrote. “Of course, AT&T charges customers for their services and also receives hundreds of millions of dollars in universal service subsidies.”

However, the irony that AT&T and Google would appear to be in agreement about what they call an unfair rural access situation is not lost on Roger Entner, head of telecom research at Nielsen IAG. “It’s absolutely fascinating and hilarious at the same time,” Entner told the E-Commerce Times. “It absolutely highlights the weakness of the Telecommunications Act of 1996 and, with that, the remnants of the Communications Act of 1934. More importantly, it highlights the flawed premise of technical regulation, because that’s what we still have, whereas we should actually ultimately have a regime of functional regulation.”

In that respect, Google has a point in claiming, as Whitt does in his blog post, that “despite AT&T’s lobbying efforts, this issue has nothing to do with network neutrality or rural America. This is about outdated carrier compensation rules that are fundamentally broken and in need of repair by the FCC.”

However, that same logic also undercuts Google’s contention that Voice is a software-based, unified communications app that runs on top of an existing fixed line, and not a telecom service in and of itself; therefore, it should not come under FCC scrutiny. On this point, Entner defers to the “if it walks like a duck” metaphor. “It doesn’t matter if you do that with a wireline, or wireless with cable or with voice or whatever. It’s a voice call. You and I are talking.”

The High-Stakes World of High-Tech Lobbying

The FCC’s decision to investigate Google is a rare lobbying loss for a company that has heretofore played the D.C. game very well, Entner said. The company’s victory on the “white spaces” issue — winning spectrum space last year for a new class of wireless broadband devices — was “a classic in how they played the FCC and Capitol Hill like a fiddle,” he said.

AT&T, which last week overturned a ban of VoIP applications from its cellular data network, may be rapidly catching up in the lobbying sweepstakes. Yet it still has issues with the new Net neutrality agenda from FCC chairman Julius Genachowski and how that may be be applied to wireless companies. Then there’s the issue of just how big Google should be allowed to grow as it ranges far beyond its original mission of Web search functions, continues to look for ad revenue sources and gains more access to private data — including, potentially, records of phone calls.

“The big fear on Google Voice is that it is basically this huge Trojan horse that, if you allow it, then somehow on its next iteration it will come with full voice integration, and then basically you can take any phone, strip out the user interface it came with, and slip Google Voice on top of it, and then every phone is a Google phone,” Entner said. “That’s the big master plan that everybody is so mortally afraid of.”