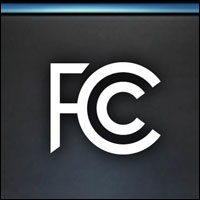 The FCC on Thursday approved by voice vote proposed rules governing neutrality on the Internet.

Following a public comment period and review of those comments by the commission, the agency will finalize the rules, possibly as soon as the end of this year.

“Today marks the starting line for a new conversation, not the finish line, and Chairman Wheeler seems to be asking the right questions,” said Nuala O’Connor, president and CEO of the Center for Democracy & Technology.

“Everyone who values the Internet now has the opportunity to speak up and be heard,” she added. “We all need to help the FCC forge a legally sustainable solution that represents a full commitment to preserving a free and open Internet. Individual users must be able to freely choose and access the content and services they want without interference or favoritism.”

Although Wheeler has insisted that the proposed rules will protect Net neutrality, a number of advocacy groups have argued that the commission is abandoning its prior commitment leaving the door open for a tiered Internet, where service levels will be determined by the size of a user’s wallet.

“We are convinced that the Net neutrality pathway the FCC is exploring remains insufficient to guarantee a truly open and neutral Internet,” said Public Knowledge Vice President Michael Weinberg.

“The FCC’s proposal still falls well short of real Net neutrality rules. It would create a two-tier Internet where ‘commercially reasonable’ discrimination is allowed on any connections that exceed an unknown ‘minimum level of access’ defined by the FCC,” he explained.

“A two-tier internet is anathema to a truly open Internet, and rules under section 706 authority are insufficient to prevent harmful paid prioritization,” insisted Weinberg.

The FCC currently is regulating Internet Service Providers under section 706 of the federal Telecommunications Act, but Net neutrality advocates are pushing for reclassifying broadband services so they would be regulated under Title II of the act, which they believe will allow the FCC to adopt tougher open Internet rules.

Chairman Wheeler initially opposed resorting to Title II, but at Thursday’s open meeting, he revealed that Title II authorization was among the things the commission would be considering when hammering out final open Internet rules.

“Title II comes with an awful lot of other regulatory baggage that doesn’t make a lot of sense,” he told the E-Commerce Times.

National Cable & Telecommunications Association President and CEO Michael Powell vowed “unwavering opposition to any proposals that attempt to reclassify broadband services under the heavy-handed regulatory yoke of Title II” in a statement issued after the FCC’s action on Thursday.

“Treating broadband as a utility-like Title II service would reverse years of settled precedent, dry up investment in broadband deployment and network upgrades, and result in protracted litigation and marketplace uncertainty,” he added.

Verizon, which set off this latest round of rule making by winning a lawsuit that voided the FCC’s previous open Internet rules, also has opposed Title II reclassification.

“During the past six years, Verizon alone has invested over (US)$100 billion in deploying its fiber to the home and Verizon wireless broadband networks,” said Randal S. Milch, executive vice president for public policy and general counsel.

“This investment was encouraged by a bipartisan consensus for light-touch regulation of the Internet that began in the Clinton administration,” he pointed out.

“We look forward to reviewing the FCC’s proposal, and we will be constructively engaged in the months to come,” added Milch, “but one thing is clear: For the FCC to impose 1930s utility regulation on the Internet would lead to years of legal and regulatory uncertainty and would jeopardize investment and innovation in broadband.”

With 706, the commission is more likely to allow prioritization of traffic by carriers — what’s been characterized by Net neutrality advocates as the creation of fast lanes and slow lanes on the Net. As Internet traffic loads increase, prioritization may be necessary, suggested ITIF’s Brake.

“Prioritization of certain kinds of traffic makes an awful lot of sense — especially for latency-sensitive applications like video conferencing,” he said. “It would be better for everyone overall.”

Whether prioritization will be allowed by the commission, though, remains an open-ended question.

“They’re asking the question if under some limited circumstances could it be justified?” she noted.

“There’s a huge amount of hysteria about fast lanes,” Phillips observed. “There’s a lot of grim, very surface discussion about this issue that doesn’t serve anybody very well.”