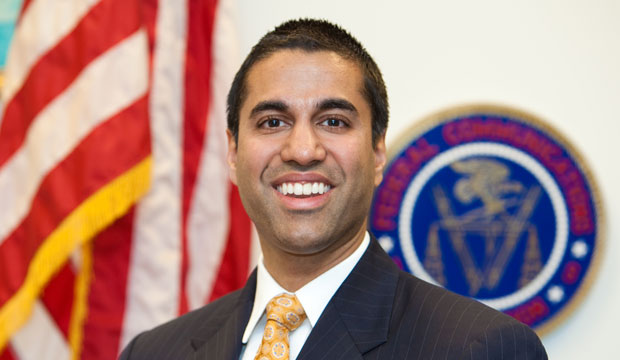 Both chairs had disagreed with the FCC’s unilateral 2015 decision to strip the FTC of any authority over broadband providers’ privacy and data security practices.

Pai was one of the dissenting FCC commissioners, along with Michael O’Rielly, in last fall’s 3-2 vote that limited how much of Internet subscribers’ data companies could sell, share and trade.

The FTC has a long track record of having guarded privacy and security protection online, Pai and Ohlhausen noted, and the decision to remove it from that role did not serve consumers’ interest.

The stay will remain in place until the FCC is able to rule on a petition that would reconsider privacy rules online.

The federal government should not favor one set of companies over another, especially when it comes to a marketplace as dynamic as the Internet, the agencies maintained.

The FCC’s recent privacy rulings have been controversial, and staying implementation of those rules likely will trigger more disagreement.

“This is, in essence, a restoration of rules that favor Internet providers,” said Roger Entner, principal analyst at Recon Analytics.

The new rules were meant to level the playing field for edge providers, including Google, Facebook and Amazon, he told the E-Commerce Times.

However, opponents viewed the new rules as distorting the market, “so the losers now are Facebook and Google, and the winners are the ISPs,” Entner said.

The negative consequences may not be limited to the tech giants, however.

“At least they will if the FTC ultimately applies the same rules to ISPs as they currently do to run-of-the-mill websites,” he told the E-Commerce Times.

The agencies’ new stance met with enthusiasm from many who do business online.

“Staying the data security provision will allow providers to avoid spending a potentially significant sum to retrain thousands of employees across the industry and alter their internal procedures in response to a regulation that might not even be on the books in a few months,” said Ryan Radia, regulatory counsel at the Competitive Enterprise Institute.

“Subscribers, in turn, will benefit from their provider investing more in services that actually matter to consumers, instead of complying with an unnecessary and legally dubious regulation,” he told the E-Commerce Times.

Complying with last fall’s mandate could have caused irreparable injury to businesses and consumers, Radia maintained.

Central to the rules is the issue of consumer privacy, a concern that is only likely to grow.

“It’s fine to say that everyone should play by the same rules, but that’s only a valid argument if everyone is playing the same game,” said Tellus’ Blum.

“There’s a big difference between your ISP and, say, Facebook, which only has the information you voluntarily give it,” he pointed out.

Users are the ones who choose to go to Facebook, pick a user name and password, and upload information about themselves, he suggested, “but your ISP can see all that too — and you should be able to decide whether or not your ISP can use that information.”

Regardless of how companies acquire data, “Americans should have their privacy protected equally,” argued Recon Analytics’ Entner, and there should be no expectation that privacy will be “protected differently by ISPs and edge providers.”