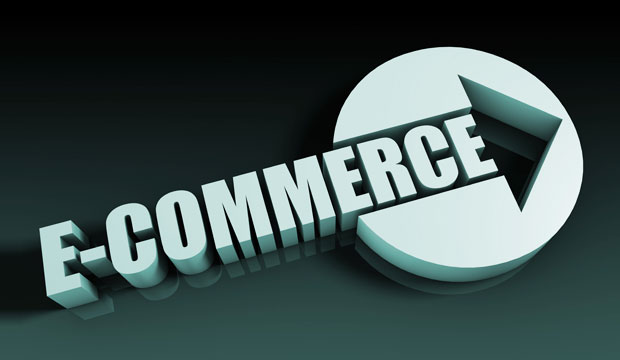 Online retail has been booming, with consumers flocking to the Internet to shop for almost anything. Online retail revenues in the U.S. would reach a projected US$445 billion in 2017 and jump to $600 billion by 2020, according to a report FTI Consulting released last fall.

The U.S. government has begun developing a program that would allow agencies to utilize e-commerce portals for purchases of commercial off the shelf (COTS) products.

The program could impact e-commerce in two significant ways.

First, it could provide a major boost to Internet marketing in general by putting a huge amount of federal government purchases in play for online procurement versus standard paper and contract-based purchasing. For example, office supplies could be acquired via Amazon, suggested Rep. Mac Thornberry, R-Texas, a key supporter of the program. However, other early reactions to the idea reflect concerns about concentrating federal e-commerce with a dominant provider.

Second, it could affect the way information technology providers market their offerings to federal agencies. It appears that government e-commerce purchasing eventually could include IT offerings, but a number of federal requirements would have to be addressed before any substantial volume of IT business would move through a digital procurement channel.

How the Program Would Work

The federal General Services Administration has begun developing the e-commerce purchasing program in conjunction with the White House Office of Management and Budget. GSA was directed to implement the system through a provision of the 2018 National Defense Authorization Act, or NDAA, which became law last month.

As originally proposed by Thornberry, the program was limited to the Defense Department, but the NDAA expanded it to cover all federal agencies — both military and civilian. Government-wide spending for commercially available products and services amounts to more than $50 billion per year, according to GSA estimates.

The law stipulates that federal e-commerce purchasing be phased in through several steps. While program development could extend into 2020, the first phase already is under way and must be completed this March.

In the first phase, GSA is required to create an implementation plan and a schedule for launching the online marketplace program. Within a year of implementing the first phase, GSA must prepare recommendations for any changes or exemptions to existing laws that would be necessary for making the online program operational. Lastly, OMB and GSA must create guidance for the program within a year of implementing phase two.

GSA has been making a major effort to obtain input from the private sector during the program development process. The agency conducted a town meeting forum earlier this month. During the NDAA enactment process, drafts of the e-commerce proposal changed significantly, partly as a result of comments from private sector parties who were asked for feedback by congressional staff.

For example, the Coalition on Public Procurement provided a background paper contending that the draft under consideration last fall embodied “the most consequential procurement policy change in a generation.” The draft language would result “in only one or two providers” having “the capability and potential regulatory compliance” to be selected as an e-commerce portal, the coalition cautioned. “Thus, the proposal could result in monopoly or duopoly control over access to the federal market for commercial items.”

The final version enacted into law addresses that issue. The law “makes clear that GSA must enter multiple contracts with multiple commercial e-commerce portal providers, thereby allaying fears that the bill could lead to a monopolistic online marketplace provider capturing a substantial portion of the government’s needs,” according to a commentary by Holland and Knight attorneys Robert Tompkins and Rodney Perry.

In addition, the law specifies that all existing laws, including federal procurement restrictions, apply to the online marketplace program.

“GSA therefore will have to enter contracts with commercial e-commerce portals through full and open competition,” Tompkins and Perry observed.

Another approach would require online portal providers to sell directly to the government, providing a user interface for online purchases and the end items of supply, she noted.

“Consistent with the text of the statute,” numerous attendees said that multiple online portals would “encourage competition among a larger pool of potential contractors and deliver better value to the government,” Cassidy said.

“It is still very early in the process, and it was clear at the industry day that GSA has many questions to answer and decisions to make,” said Eminence Griffin, director of federal procurement at the Information Technology Industry Council.

“That being said, we continue to advocate for adequate competition for the marketplace contracts and a level playing field for government e-commerce sites as well as guidance on how this will impact supply chain and cybersecurity requirements,” she told the E-Commerce Times.

“For COTS software, that generally means shrink-wrapped software, which is not often a candidate for government software needs,” she said.

“At the federal level, the focus is usually commercial software solutions for large institutions. We don’t see substantial changes to the market for COTS software, and this statute has no impact on the acquisition of commercial software,” Griffin explained.

“While part of the first two phases of implementation will involve determining what products — or types of products — are appropriate for the government to purchase through digital marketplaces, we believe the government will start with simple items that don’t require configuration,” said Steve Charles, founder of immixGroup.

“This could exclude laptops, for example, because the government requires its own software install,” he told the E-Commerce Times.

It appears that use of the e-commerce program for procurement faces numerous hurdles, when it comes to commercial off the shelf software.

“We view COTS as any software that is commonly sold in substantial quantities to the general public, such as individual consumers and commercial enterprises and companies,” Charles said.

However, “the acquisition of software is quite unlike buying paper towels or paper clips. For instance, there are additional terms such as software license agreements, that must be reviewed and agreed upon,” he pointed out.

Other factors, such as integration services or the use of cloud associated software, also would have to be addressed when considering the use of online platforms for software procurement.

The situation can get even more complicated in the case of software resellers. The potential impact there “is getting cut out of the government’s supply chain if just any third-party reseller is allowed to place products on e-commerce portals without authorization from the OEMs,” Charles noted.

“A critical factor is that only resellers that have been authorized by and have a relationship with the OEM can stand behind a warranty and guarantee to deliver only genuine products,” noted Jeff Ellinport, division counsel at immixGroup.

“Only OEM authorized entities should be able to place an OEM’s products for sale on a portal,” Ellinport told the E-Commerce Times, “and the portal should then be required to validate that such entity is authorized to resell the OEM’s products.”