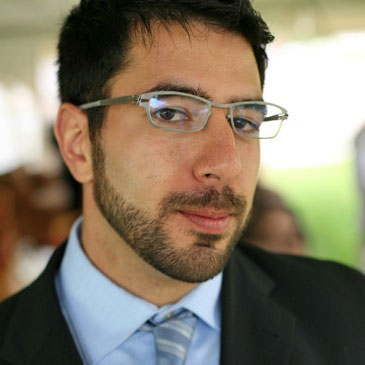 Soltani will succeed Latanya Sweeney in the position beginning in November. Sweeney is returning to Harvard University, where she founded and directs Harvard’s Data Privacy Lab.

Soltani already has served as a technical expert for the FTC and worked there between 2010 and 2011 as a staff technologist. In his new role, he will advise the commission on technology and policy issues.

“Technology and online and mobile platforms are continuing to evolve at a rapid pace and will remain a key focus for the FTC as more and more consumers adopt mobile devices and tablets,” said Ramirez.

Though he’s currently an independent technology consultant, Soltani may be best known for his work as an investigative reporter for The Washington Post. He cowrote some of the articles in a Pulitzer Prize-winning series based on the Edward Snowden revelations.

Earlier in his career, Soltani was employed as a manager and consultant for two security technology companies, including Sophos.

“Ashkan is well qualified and was an excellent choice for the agency,” said Ginger McCall, an associate director with the Electronic Privacy Information Center. McCall is also director of EPIC’s Open Government Program.

“We hope that his hiring signals a commitment on the part of the agency to step up its enforcement activities in the online privacy realm,” McCall told the E-Commerce Times.

It’s widely speculated that the appointment does constitute such a signal about the FTC’s future focus, but it’s not really clear how much can be inferred, said Lee Tien, a senior staff attorney with the Electronic Frontier Foundation.

“I don’t think the appointment tells us much in terms of the FTC’s direction, precisely because Soltani is such a superb choice,” he told the E-Commerce Times. “He understands technology, privacy and security, and he is gifted at explaining technology to the nontechnical.”

Moreover, Soltani’s work “spans both consumer privacy and government surveillance, which in this day can’t really be separated,” Tien added. “One need only think of the FBI’s concerns about consumer use of encryption — e.g., Apple and the iPhone — to see that.”

So, “whatever direction the FTC intends to take, Soltani will be a tremendous asset,” Tien concluded. “Also, as a nonacademic, one can hope that he will be able to stay at the FTC for longer than a year and provide some continuity for their work.”

Consumer surveys have revealed a continuing increase in concerns over personal security and privacy.

Those concerns increased by 3-4 percent in the past year, noted Michael Jude, a program manager with Frost & Sullivan’s Stratecast division.

“That’s sufficient, given the size of our surveys, to rise above the background noise,” he told the E-Commerce Times.

“When the FTC appoints a privacy expert as chief technologist,” Jude continued, “it means at least that they value that concern.”

As Apple and Google both rush to roll out “unbreakable” security, the issue presents government bodies such as the FTC with something of a dilemma, Jude added.

So, “the FTC is on a razor’s edge,” said Jude. “It knows that the future of retail, for example, is going to be largely online, and that will depend on people knowing their security will be protected. At the same time, it knows there are reasons why that security can’t be absolute.”

“With this move, you can see the FTC’s heart is in the right place — they appreciate the problem,” Jude said. “It’s going to be interesting to watch how this will turn out.”