Gates Sees Both Sides in Apple vs. FBI Ruckus 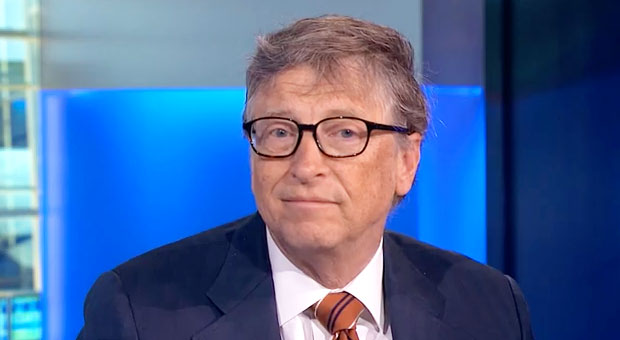 Microsoft founder Bill Gates on Tuesday attempted to clarify his position regarding Apple’s conflict with the FBI, telling Bloomberg he was disappointed that his earlier comments had been construed as taking sides with the government.

Apple has sparked a public debate through itsresistance to a court order to unscramble the data on the iPhone used by one of the San Bernardino terrorists.

The FBI has sought to access the data in the course of its investigation, but Apple has argued that unlocking it could jeopardize the privacy of millions of people.

Gates on Monday appeared to discount Apple’s position in an interview with the Financial Times, noting that the government’s request was specific to one case, and that it was not seeking a means for general access. He compared it to obtaining phone or bank records to aid specific investigations.

However, Gates had more to say on the subject a day later, when he acknowledged that the government had a history of overstepping its bounds.

Still, with the right safeguards in place, he told Bloomberg, government should be able to access information to perform valuable services for citizens, such as fighting terrorism.

“The government shouldn’t have to be completely blind,” Gates said.

“It’s a very specific case. It doesn’t extend beyond this phone in the possession of the FBI,” he told the E-Commerce Times.

“It’s a one-off, and it’s such a specific one-off that I think we’re trying to make it bigger than it is,” Berman added.

Apple should cooperate with the FBI, said Darren Oved, a partner inOved & Oved.

“The facts of this case are very favorable to the government,” he told the E-Commerce Times.

“What we have is a dead murderer’s alleged right to privacy versus a very real right to protect the citizens of San Bernardino, the state of California and the United States from any potential real harm,” Oved contended.

“When you weigh those two against each other,” he reasoned, “I think Apple should do what the FBI wants it to do.”

Further, the data on the iPhone doesn’t need Apple’s protection to ensure the privacy of the phone’s operator, Oved maintained.

“The device in question here belongs to San Bernardino County. The law is undisputed that any information on a device that belongs to an employer is the employer’s,” he explained.

“Since San Bernardino County is a public organization, the government can make a very compelling argument that the information contained on the phone is part of the public record, and we should be allowed to see it,” Oved added.

“The FBI needs Apple’s help because there are other terrorist cells that the FBI needs to hunt down before [those cells] harm others,” she told the E-Commerce Times.

“There’s no reason to believe that the FBI will reuse this one-time case to create a broad precedent for more and more subpoenas,” Darshan-Leitner said.

“Bill Gates realized that, and that’s why he said what he said,” she added.

Gates is out of touch with the industry he helped create, opined Michael Harris, chief marketing officer withGuidance Software.

“Gates doesn’t understand the real issue. He sounds like a guy who hasn’t moved forward in 20 years in terms of what technology can do and how it works,” he told the E-Commerce Times.

The analogy between what the FBI was asking of Apple and searching bank records is misguided, Harris contended.

“They want Apple to write custom code,” he said. “Once you do that, that’s not at all the same as supplying records from a database.”

If Apple does what the FBI wants done, it will set a dangerous precedent, maintained Nathan Leamer, policy analyst at theR Street Institute.

“You’re compelling a company to create out of thin air an FBI OS to enable access to a phone. I’m not sure how you limit that,” he told the E-Commerce Times.

The San Bernardino case — however it’s resolved — could have a significant ripple effect.

“There are 15 other cases where the FBI wants Apple’s help to break into other iPhones,” observed Amit Sethi, principal consultant for mobile security atCigital.

“If Apple helps in this one case, it will have to help in those 15 cases as well. Then what about other law enforcement agencies and foreign governments?” he asked.

“It’s a bad precedent,” Sethi told the E-Commerce Times, “because while it may seem like a one-off case, it’s really not.”

Forcing Apple to cooperate with the FBI could upset a delicate balance in society, noted Suzanne Nossel, executive director of thePEN American Center.

“We’re concerned that the careful balance between security and liberty plays out differently when a counterterrorism investigation is involved,” she told the E-Commerce Times.”Our concern is that by complying with this request, Apple is going to compromise the privacy not just of these individuals who are associated with this terrible crime but the privacy of millions of others.”