GeckoLinux is a unique distribution that goes a long way towards unifying the often-confusing array of workstation choices available to business and mainstream consumers looking for an alternative to other computing platforms.

A relative newbie in the overcrowded world of Linux distributions, GeckoLinux debuted in December 2015. But it has made up for its youth by a rapid development cycle that has done a solid job of catching up to, and even exceeding, other Linux options.

This distro is fully functional and offers some of the best Linux desktop environments available. It avoids the pitfalls of distros that make using Linux bothersome.

GeckoLinux taps into the openSuse Linux infrastructure. The traditional Suse-based Linux platform is one of the hallmark Linux families that is long proven to be reliable and secure.

However, old-time Suse can be a bit convoluted to set up and maintain. That is in part what makes GeckoLinux a marked improvement over traditional Suse-based distros, and what led its developer to create a better Linux mousetrap.

GeckoLinux has been a favorite choice of mine. I watched it grow rapidly since its debut. The openSuse Linux family is not one of my go-to choices. But the GeckoLinux distro is one of the few non-Debian/Ubuntu-based Linux options that I often recommend to home and business users looking for a solid non-Debian option.

In conversations with the GeckoLinux developer several years ago, he laid out a convincing explanation for why his distro would be different. The developer only admits publicly to the name Sam. That’s all, just Sam. “I go by sb56637 on most forums, and Sam for everything else,” he told me when I pushed him for his name and background.

But that is okay. Many Linux developers like to maintain a firewall between their other professional identities and their work in growing a successful Linux option.

As sort of a Christmas present for his users, Sam released in mid-December the latest version of GeckoLinux numbered 20-12-11.

To me, what is so attractive about Sam’s approach in GeckoLinux is how it avoids some of the complexities of Suse and openSuse. It gives both seasoned Linux users and new distro adopters an easy way to try an openSuse-based spin that is loaded with features and an ample inventory of the leading Linux desktops. More on desktops below.

Another reason to adopt GeckoLinux is the developer does not ignore innovations within the openSuse community. These include non-free packages not found in openSuse’s default repositories.

Sam’s distro has a reputation for polish and out-of-the-box usability. It offers users a better hands-on experience than the more traditional approach taken by the openSuse community.

OpenSuse provides such codecs, but users have to know how to add additional repositories. They also have to know which packages to add.

Another key user point is GeckoLinux has a preference for software packages delivered from the Packman repository when they are available. This avoids the hassle of openSuse’s default packages that often do not work with patent-restricted features. This can be an issue even if the features are installed from other sources.

Overall software maintenance is another factor that contributes to a better user experience. For example, GeckoLinux does not force the installation of additional recommended packages after system installation.

Also consider that you can uninstall GeckoLinux’s desktop programs with all their dependencies. OpenSuse’s patterns often cause uninstalled packages to be automatically re-installed.

Some Linux developers give users a single or very limited choice of desktop environments. Others go overboard with a seemingly endless list of nearly every new and old offering to be found.

Not so with GeckoLinux. The developer offers a nicely curated group of environments. These include the most popular desktops along with some of the leading new environments. 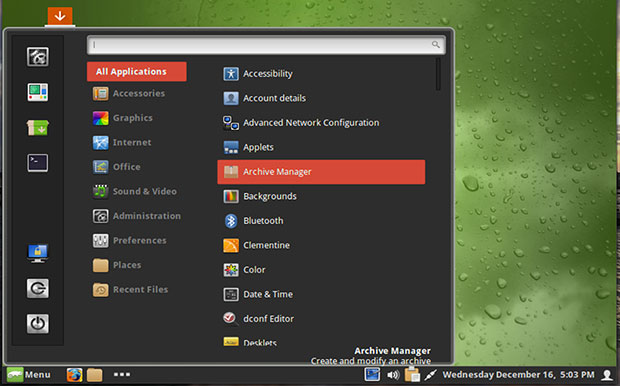 Installation of the desktop of choice is relatively hassle-free. Each desktop environment has its own ISO file.

You can try your preferred desktop on GeckoLinux or check out other less-familiar choices. The ISO easily converts to a fully functional live session that runs on a DVD or USB. 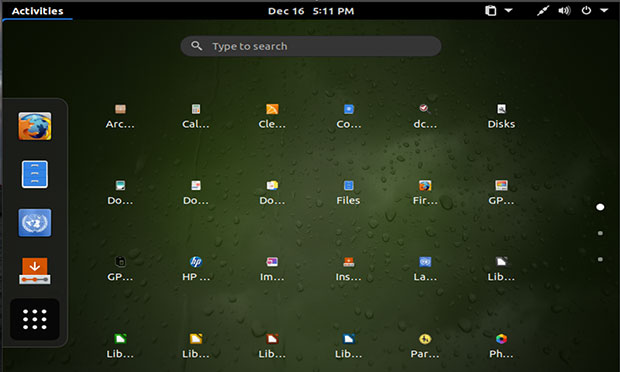 If the classic GNOME desktop design is not to your liking, check out the numerous other desktop options available in GeckoLinux.
– click image to enlarge –

It loads without changing anything on your hard drive. Nothing messes with your existing OS.

In evaluating the latest batch of GeckoLinux releases this month, I wanted to stay within familiar territory. So I selected the Cinnamon desktop and the GNOME environment.

Cinnamon is my workhorse desktop because of its configurability and flexibility. GNOME, on the other hand, is one of my least-likely-to-use desktops.

The GNOME desktop is a perfectly fine environment. It is easy to use. But for me, GNOME’s workflow just gets in my way and is not as flexible to use. 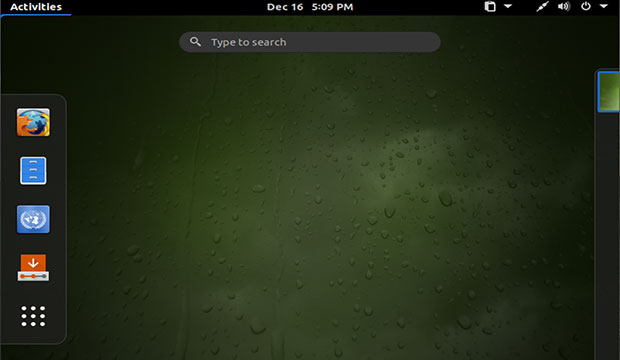 Of course, both of those assessments are personal preferences. They are based on my work routine and my acquired user experience over the years.

Another fudge point in deciding on a Linux distro is the support provided for rolling versus point releases. This may have little impact on a home user or for non-critical business needs.

Be that as it may, a rolling release can introduce unexpected software glitches. Point releases tend to be more vetted for stability. GeckoLinux gives you a full array of options for both.

GeckoLinux rolling editions are based on openSuse Tumbleweed. The Tumbleweed distribution is a pure rolling release version of openSuse.

GeckoLinux static editions are based on openSuse Leap, which follows a periodic release cycle and has long-term support. Leap is built on a more tested code base shared with Suse Linux Enterprise (SLE).

Yet another useful download option is the BareBones edition. This is a good showcase for the potential behind GeckoLinux. It comes with the core GeckoLinux components such as PulseAudio, CUPS printing support and GStreamer proprietary multimedia codecs.

GeckoLinux is a US-based Linux distribution. Its focus on polish and out-of-the-box usability on the desktop is a time-honored draw for using this Linux choice.

OpenSuse is among the easiest Linux distributions for new users. However, openSuse does not focus on the absolute ease of use.

Instead, the open-Suse community prefers to offer users flexibility and choice. That openSuse style can add some complexities along with providing some easy-to-use graphical tools to configure system settings like YaST.

Swapping GeckoLinux in place of openSuse mitigates the suitability of use question for newcomers. As I noted previously, my usual go-to Linux platform is Debian/Ubuntu based. But GeckoLinux puts the best features of the openSuse Linux family front and center.