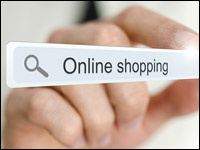 The deafening roar of silence in e-commerce may soon give way to an explosion of sound, as an Internet telephony revolution grows more likely every day.

Chief among the leaders is Net2Phone, a New Jersey-based concern that counts American Online among its powerful investors. Net2Phone’s principals firmly believe that voice communication is about to insinuate itself into all forms of online activity, and e-commerce is no exception.

The Future Is Here

While most users are still shopping silently, some proactive e-tailers have already jumped on the vocal bandwagon by incorporating voice into their routine online sales activity. 1-800-Flowers.com utilizes Net2Phone’s technology to allow its customers to communicate orally with service representatives during transactions.

Shoppers simply plug in a headset to their PCs and converse as they would by phone. The advantage is the ability to see images of the merchandise on their screens as they work with the customer service representative.

After this holiday season’s wave of customer service complaints, the addition of voice communication with online e-tailers may be a key to increased customer satisfaction. Additionally, industry estimates of customers who browse but do not buy go as high as 80 percent. Chances are, with the addition of a human voice to guide them, shoppers may complete more transactions.

Competition Heats Up for Voice Innovations

While a number of companies vie for position in the burgeoning Internet telephone market, most strategies are consumer driven. For example, two companies, San Mateo, California-based onebox.com and Colorado-based Vstream, have partnered with Amazon.com and Blue Mountain Arts to allow customers to add voice messages to electronic greeting cards.

Additionally, Vstream is working with Excite@Home to allow customers to add voice messages to personal ads, e-mail messages and chatroom conversations. These innovations should debut in the first half of 2000, with no additional charge to the consumer. The two companies will also work together to enable conference calls through the Internet with synchronized audio and graphics.

As Internet telephony gains a foothold with the public, its greatest potential may be in simple long distance telephoning. If all goes as projected, traditional phone companies may be facing a formidable new challenge as Internet phone services enable users to make free long distance calls.

One notable entrant into this field is San Jose, California-based Dialpad.com, which allows its more than one million subscribers to make a long distance call from their PCs to a traditional telephone, at no charge. Advertisers foot the bill, and Dialpad pays regional Bell companies a fee to make it happen.

As the public becomes increasingly aware of such services, the worldwide Internet protocol (IP) telephony market is likely to swell. Earlier this year, International Data Corporation (IDC) projected the number of IP telephony minutes will reach 135 billion by 2004, a substantial jump from 1999’s 2.7 billion minutes.

If it sounds like a simple novelty item or a fly-by-night venture, telephony is a case where money talks and doubters walk. In 1999, according to IDC, venture capitalists in the U.S. invested approximately $200 million (US$) in Internet telephone companies. That figure quadrupled 1998’s investment total, and IDC projects that the 1999 figure will double in 2000.

Still, the industry must jump through some hoops before the public signs on en masse. First, the sound quality needs to be upgraded, although it has shown steady improvement.

More significant is the need for a cultural shift away from a traditional telephone and toward the PC for everyday conversations. Net2Phone.com is facing that challenge head-on by offering free phone calls anywhere in the U.S. from any PC until January 1, 2000.

In the meantime, the initial impact of Internet telephony may be in online commerce, both from a consumer perspective and a business-to-business mode.